Aamir and Sakshi shall blend like Milk and Honey in the upcoming film ‘Dangal’! 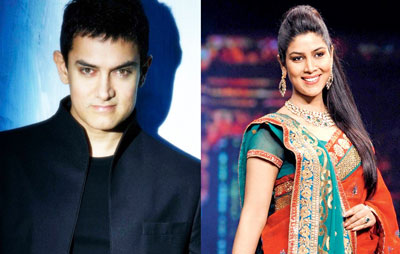 With planets in friendly positions, these stars shall make for wonderful co-actors!

Aamir is a man with a great penchant for perfection and with an apetite for originality, while Sakshi makes for a celebrated celebrity with a touch of Indianness to her self! When thought of together as a pair, they do not completely evade our imaginative frame, as they have similar temperaments and have complementary personalities. These talented actors will be seen together in an upcoming film – ‘Dangal’. In this article, Ganesha reads into their stars and predicts how they may fare as a couple in films…

[Owing to the unavailability of credible birth-time of both Aamir and Sakshi, the analysis and predictions have been done on the basis of the Solar Chart/ Surya Kundli with the help of his birth-date and birth-place only.]

Ganesha wishes a great time ahead to Sakshi Tanwar and Aamir Khan.