The road ahead looks very uncertain and tricky for Aamir, film career likely to hit a low! 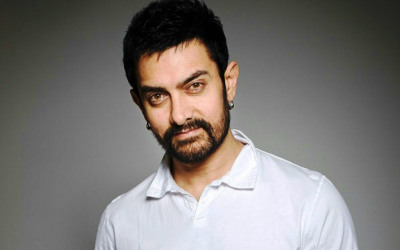 Due to Mercury’s ill-effects, Aamir may continue to face problems pertaining to expression and his opinions may not always find many takers…

Aamir Khan – the latest Bollywood icon to have stepped onto a communication landmine and thereby giving rise to a huge controversy. The actor with the penchant and a passionate liking for perfection and originality, has been a tremendous actor, who has over the years enjoyed a formidable fan base in India and abroad. He has always been at the forefront, when it comes to conceptualising unusual concepts and out-of-the-box films. Being one of the icons of the Bollywood’s powerful Khan-triumvirate, Aamir has over the years delivered some of Bollywood’s most memorable and wonderful movies. We have always cherished the ‘Bhuvan’ that he portrayed in the movie – ‘Lagaan’, or the inspiring role of ACP Ajay Rathod in ‘Sarfarosh’ or the character of Ram Shankar Nikumbh in Taare Zameen Par or the character of Ranchoddas Shamaldas Chanchad/Phunsukh Wangdu in the deliriously famous 3 Idiots! He has won multiple awards, ranging from the Padmas to the National Awards to the Filmfare Awardsa and has been vocal about his views, whether political or apolitical. He always comes across as a thinking actor, who likes to discuss about various issues, and the show Satyameva Jayate can be considered an extension and a large-scale expression of this facet of Aamir. Though, he has enjoyed a smooth run in Bollywood, wherein he has had more fans than critics, this doesn’t completely hold true when it comes to the views that he expresses or the stands that he takes. The recent interview at the Ramnath Goenka Awards for Excellence in Journalism proved to be a turning point for Aamir and his popularity, when he expressed his views about the intolerance in India. Quoting his wife Kiran Rao, he said that the atmosphere in India seems to be uncertain and unsafe and that Kiran is worried for the future of their child. This interview, and especially some excerpts of it, triggered a surge of activity on the social media forums with the netizens expressing their hurt at Aamir saying such things about a country which has showered him with utmost love and warmth. Things also took a political turn with prominent political leaders also making statements in the media. But now, what lies ahead for the great actor? Will his future films and their fortunes get affected by the current controversial scenario? Let’s find out the answers with the help of Astrology…

What do the above planetary configurations imply?
Aamir Khan is passing through a tough time. The Dasha sequence indicates the following.Sun = Ego, Government and AuthorityJupiter = Wisdom and Saturn = Law, Masses, Discipline, Rules, Judgment, RestrictionsThe import of the above is as under:

Films to Face the Heat?