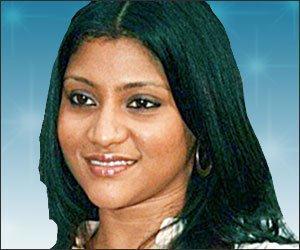 She does not fall in the category of ‘tall, fair & sexy’, she is not the one who would run around the trees or sway to the tunes of a raunchy item number, she may differ from other heroines in bollywood when it comes to choosing a film, but, despite her unconventional looks and preference for off-beat films, actress Konkona Sen Sharma has gained a firm footing in the film industry. And why not? After all, she has a lineage rich in acting and other creative fields. Koko, as she is fondly called, shot to fame after the release of Mr. & Mrs. Iyer. The film, which was directed by her mother, Aparna
Sen, not only garnered her compliments, but also bagged her the National Film Award for best actress in 2002. And after this, there has been a series of memorable characters that she has played in films like 15 Park Avenue, Page 3, Omkara, Life in a… Metro & Wake Up Sid.

The talented actress seems to have put her ambitious career plans on hold, as she recently married her long time live-in partner Ranvir Shorey and is awaiting a small bundle of joy in her life. As Konkona blows her birthday candles on 3rd December, Ganesha predicts the year 2011 for her, with the help of Vedic astrology. 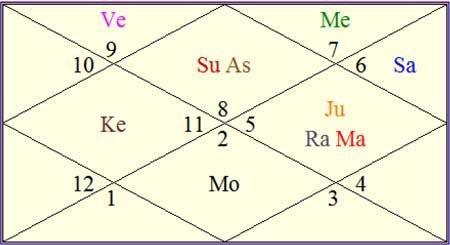 Lord Ganesha wishes Konkona a happy married life and a great year ahead.