A peep into the future of Suri Cruise 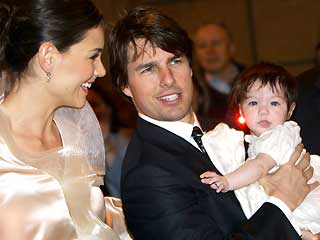 It takes a lot of pain and hard work to become a celebrity, but if you are born to a celebrity couple, you don’t have to lean over your backwards to earn name and fame, you are a born celebrity. Suri Cruise is a case in point. Tom cruise, a Hollywood actor and film producer, and Katie Holmes, a Hollywood actress, are the proud parents of a beautiful daughter Suri Cruise. Katie Holmes has stated that ‘Being a Mom is magical’. This statement is for Suri Cruise. She also told a fashion magazine that ‘I feel very lucky. I have a husband and children that I adore. I have a career that I really love. When I sit back and reflect, it’s – Wow! I am very grateful.’ Ganesha analyses lucky Suri’s horoscope with the help of Vedic Astrology.

Suri is born with Capricorn Ascendant with Neptune conjunct the Ascendant. Ganesha feels that she will be a very sensitive person when she grows up. She has strong Capricornian influence because Saturn is aspecting the Ascendant by 7th aspect. She will be a assiduous human being, says Ganesha. She will be highly possessive about people she associates with. As she has Sun in the sign of exaltation in her birth chart, she is likely to achieve fame. However, because Sun is on the ‘darker side’ of the horoscope, she will have to work very hard in order to remain in limelight.

Suri Cruise’s Dasha Analysis (Planetary Periods)
Suri’s Yog Karaka planet is Venus and luckily she will be under the influence of Venus Major period from April 2013 to April 2033. This will be a very great period in her life during which she will mint money and may also achieve fame. In this period, along with glory, she is also likely to get into relationships. However, Saturn in the seventh house indicates that she may have delayed marriage and seventh house Lord in the 12th house indicates unstable married life or relationship break up. After Venus major period, Sun major period will rule for 6 years. Sun is exalted in her chart but its 8th house Lord in the birth chart, so progress will continue but difficulties in various areas of life may also be there.

Will Suri Cruise join media?
Suri has Neptune in the Ascendant. Venus is exalted in the Natal chart. In Shad Bala (Six type of Planetary Strengths calculated for all the planets, except for nodes) Venus is very powerful. She has fire and Air Elements almost equally balanced in her chart. Considering all these points in line with planetary Dasha Bhuktis, Ganesha feels that Suri will start appearing in media at a very tender age.

In short, Ganesha finds that Suri Cruise has a bright future.