A divorce will prove to be ‘A RUIN’ for Liz Hurley, says Ganesha

She is a famous personality- more for the scandals in her personal life than her Hollywood career. Married to a rich NRI businessman, this British actress has a bunch of successful films to her credit. Recently, she made it to the headlines, for all the wrong reasons. You must have guessed it by now. We are talking about Elizabeth Hurley. Ranked at number nine in a survey of the Most Beautiful Women in the world by a leading celebrity magazine in the year 2010, Liz Hurley has received a number of awards and recognition in the glamour world.

With rumours of Elizabeth Hurley and her millionaire husband, Arun Nayar’s separation doing the rounds, curiosity is on the rise. Will she be able to handle the pressure in her personal life? Will Liz, controversy’s favourite child, finally lead a harmonious life? Will she have any respite from the gossip mongers during the year ahead? With the help of Vedic astrology, Ganesha tries to solve the mystery. 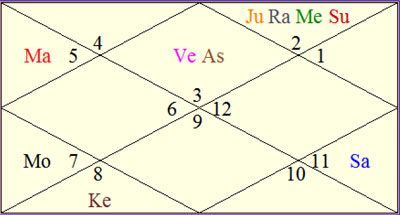