Vodafone may need to adopt a line of compromise in the ongoing tax-matter, foresees Ganesha

In the year 2007, Vodafone International Holdings BV (a part of Vodafone group) agreed to acquire the entire share capital of CGP Investment Ltd, which controlled 67% of Hutchison Essar Limited, an Indian company. The sale was supposed to have made outside India, and no tax was paid in India. However, the IT authorities in India are of the opinion that since the primary aim of the cquisition was to buy the 67% controlling interest in Hutchison Essar Limited, a company resident in India, Vodafone is liable to pay tax on the profits generated out of this transaction. In its counter argument, Vodafone has challenged the jurisdiction of the Indian IT authorities. This tax dispute between Vodafone group and Indian income tax (IT) department has been going on for quite some time now, and with each passing day the issue is becoming more and more complex.

In January 2012, the Indian Supreme Court passed the judgement in favour of Vodafone. However, in May 2012, Indian authorities confirmed that they were going to charge Vodafone about Rs. 20000 crore (US $4.5 billion) in tax and fines. As per a latest development, the Indian IT department is all set to serve a notice to even HTIL in this matter. The tax department has claimed that Vodafone is a “Representative Assessee” or an agent of Hutchison Telecommunications International Limited (HTIL). Hutchison shall be served a notice under Section 143 of the IT act to inform the organisation of the capital gains tax, which ideally, as per the government authorities, shall have been paid.

Ganesha attempts to analyse the current tax situation that Vodafone finds itself into. To employ Vedic Astrology to analyse the situation, a natal chart was prepared with the date as 8 th May, 2007. This date is significant for Vodafone India chapter, as on this date the transaction for Vodafone acquisition of Hutch-Essar was closed. 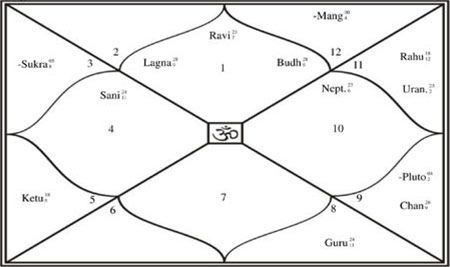 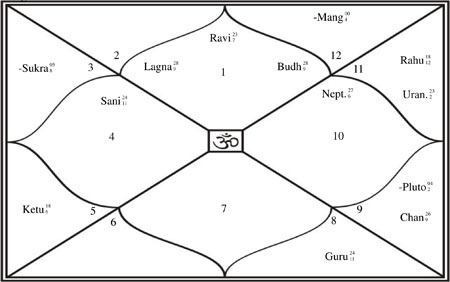 Astrological Analysis Of the Chart:
The 2nd House in the aforementioned chart signifies financial fortunes of the organisation VODAFONE. It also signifies commercial affairs, trade and stock shares of the company. The seventh House signifies the relations of the company through contracts and trade agreements, competitors and their activities. It also denotes all the activities connected with the business and trade. In the natal chart, the Lord of the 2nd House Venus is placed in the 3rd House. The 3rd House governs first-hand contacts of the organization and legal communications. Venus is aspected by Moon in Vodafone’s chart, which is a favourable and profitable position. This is responsible for bringing an overall prosperity to the Vodafone enterprise, and the aspect also yields profits.

WHAT NEXT ?
SATURN is currently transiting through the zodiac sign VIRGO in the 6th House. This planetary movement is slated to take place from 16/05/2012 to 04/08/2012. This period shall be more or less quite average for the company. The status of company’s liabilities is going to cause great concern to the management, though.

Saturn shall enter the zodiac sign Libra on 5th August 2012. And, Rahu will enter the sign of Libra on 25th December 2012. The Saturn-Rahu conjunction is going to be unfavourable for the organisation, as it is known to cause contraction in the business activities, and may even lead to the paucity of resources and slump in the production. The conjunction may also bring bad name to the company, causing a definite setback to the business. Besides, all sorts of troubles like government penalty and propaganda against the management may be expected under such planetary events. The transiting Ketu will conjunct the natal Sun. This aspect may adversely affect the image of the company. The detracting forces may crop up and adversely impact the productivity as well. Hence, the year 2012 looks set to be an extremely challenging time for the company Vodafone.

Considering all these aforementioned planetary aspects, Ganesha feels that Vodafone shall continue to face serious legal issues in year 2012. The company may be forced to settle the issue amicably, though. However, there are indications that company will have to make compromises in order to settle the ongoing tax-matter. The transiting Jupiter shall act as the silver lining for Vodafone, amidst all the expected chaos. This astrological aspect will safeguard the company in the troubled time. Thus, Vodafone may get some relief in the Tax matter, says Ganesha, owing to this transit.

Vodafone till now has challenged the claims made by the Indian IT department in Bombay High Court. The latest developments on the matter indicate that a notice may even be in offing for Hutchison International (HTIL). The argument on the tax-matter shall be resumed in the Bombay High Court on 18th June 2012. After looking at the chart prepared for this particular date, Ganesha feels that Rohini Nakshatra, the dominant constellation on the day, shall support Vodafone. However, on the same day a combination of Venus, Ketu, Moon and Jupiter is taking place in Vodafone’s finance house. This aspect may mitigate the supportive effect of Rohini constellation. Thus, in conclusion, Ganesha foresees that Vodafone may still need to get into
a compromise in this matter.