US economy may be gripped by volatility for next one year

The United States of America is a capitalist mixed economy, which is blessed by abundant
natural resources, a well-developed infrastructure, and high productivity. The economy of the United States has been the world’s largest economy since the early 1870s; its gross domestic products
(GDP) was estimated as $13.8 trillion in 2007. It is a mixed economy and private firms make the majority of microeconomic decisions, while being regulated by the government. Recently, the Federal Reserve slashed U.S. interest rates by a hefty three-quarters of a percentage point, to a three-year low of 2.25 percent. Here, Ganesha gives an astrological analysis on the giant economy of the world.Astrological AnalysisHere five major historical events are considered in creating USA’s birth chart. Milestones in the formation of the country such as The Articles of Association in 1774, The Declaration of Independence in 1776, The Articles of Confederation and Perpetual Union in 1781 and The US Constitution in 1787 have all been examined in minute details for their significance, legality and timing. Many horoscopes have been prepared and studied by lots of Astrologers.Here Ganesha tries to focus on USA economy by the following details.

Horoscope
Ganesha observes the Leo rising Ascendant with 18:02:16 Purvafalgun constellation Pada-2. Lord of Ascendant is in conjunction with natal Jupiter, Venus and Mars in eleventh house. Moon is posited in seventh house with 01:42:40 degrees. Mercury and Pluto are in retrograde mode, says Ganesha. Saturn is deposited in second house whereas Rahu is posited in twelfth house. USA is born under the Mahadasa of Mars-Mars-Mercury.
U.S. sub prime mortgage market

Ganesha analyses that U.S. mortgage market has climbed up in few months as the housing industry’s prices fell. Mars has been transiting through Gemini since November 17, 2007. The disaster has signaled wider concerns. The fallout may spread to lenders and damage the economical state of affairs, feels Ganehsa. On the other hand, Ganehsa foresees that May-June 2008 is very crucial for U.S. sub prime mortgage market. Mars will be transiting through natal Rahu and Mercury. Mercury is the lord of second and eleventh house, says Ganesha. So, this transit may cause more difficulty in this particular sector.

US Financial Market
Heavy volatility is foreseen in U.S. financial markets due to the transit of Jupiter from fifth house. Jupiter is the significator of Great Bear and it is the lord of eighth house. Still NASDAQ, NYSE and Dow Jones have to witness lots of fluctuations in forthcoming months due to the conjunction of transiting Saturn and Ketu in Leo in first house. After the first week of May, 2008 U.S. financial markets may slowly come out of volatility, feels Ganesha. 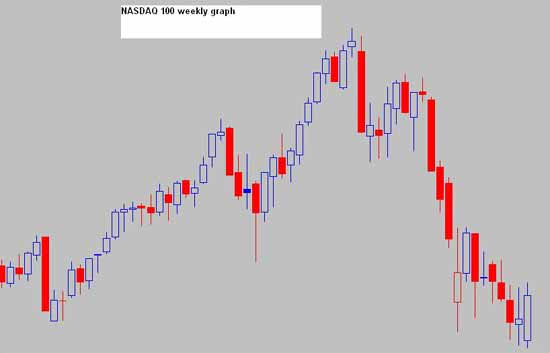 U.S. current economical scenario and fear of Depression
Fed Bank has tried to support the entire U.S. economy by providing $200 million. Over and above Fed rates have been decreased by Fed Bank. Besides, dollar has been constantly decreasing in World Currency Exchanges. Ganesha finds the reason of this recession that transiting Jupiter has caused damage in the structure of the entire economy. Jupiter is the lord of eighth house in natal chart. It will be transiting through its sixth house from natal Ketu after December 2008. But Ganehsa observes that the Jupiter’s transit from Capricorn may not be strong enough to sustain its economy. Ganesha says “wait and watch” till January 05, 2009. Transit of Jupiter from Capricorn may bring fruitful results for U.S. economy, feels Ganesha.