NavGujarat Samay will have a tough time till June 2015, predicts Ganesha 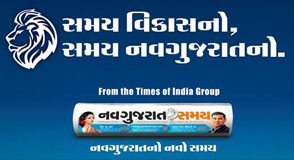