JSW Energy Limited may hit a roadblock in the near future, predicts Ganesha - GaneshaSpeaks
https://www.ganeshaspeaks.com

JSW Energy Limited may hit a roadblock in the near future, predicts Ganesha

The Indian economy is experiencing a transition period from a developing one to a developed one. As the years go by, we will experience a rapidly growing demand for energy. And when it come to supply of energy, how can JSW Energy Limited be left behind. JSW Energy Limited is a dynamic vertical of the JSW Group – (formed in 1982), which has diversified interests in Steel, Energy, Mineral & Mining. Talking about JSW Energy Ltd, the company of electric utilities got listed on January 4, 2010. And it already has plans to make it big in the area of power like generation, transmission, distribution & trading. The company working on power solutions has a vast spread in states like Karnataka, Himachal Pradesh, Maharashtra, Rajasthan.

Ganesha finds out the futuristic scope of the company’s business with the help of Vedic Astrology. 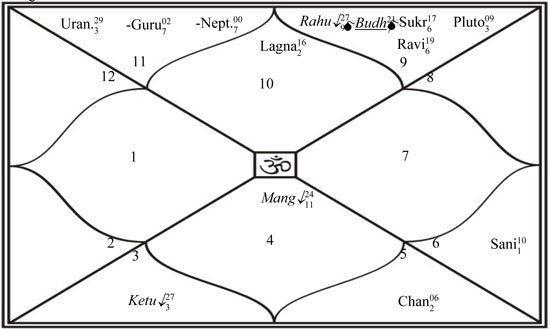 In JSW Energy Limited Company’s horoscope, ascedant is Capricorn and ascedant Lord Saturn is posited in 9th House, the House of destiny. Saturn is also the House of company’s financial position and economical growth. It seeks co-operation and cordiality from the workers and instils smooth
functioning of the company.

The Lord of the 2nd House Jupiter, is responsible for the finance of JSW Energy Limited & so it influences foreign institutional investors. The Lord of the 12th House in the 2nd House gives rise to heavy expenditures. In this situation, the stocks of the company slump, the banks and the financial institutions create fuss and impediments in clearing the loans and even curtail credit facilities.

The Lord of the 11th House and 4th House Mars is debilitated in the partner House. So, it is not fruitful for any partnerships. The company can get into conflicts, disputes, disagreements or controversies by doing this.

Rahu-Mercury-Venus-Sun, all these planets in the 12th House in this Stellium does not seem favourable for the company. Wealth with Rahu, Mercury, Sun and Venus is negative dosh in JSW Energy Limited Company.