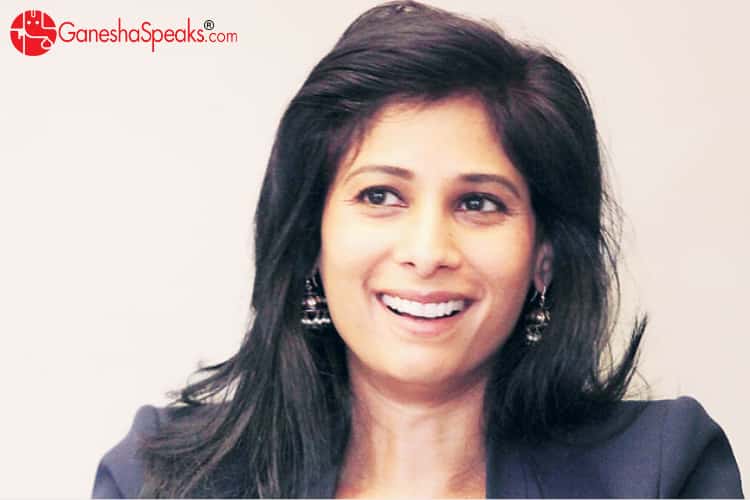 Today, numerous Indian-Americans are doing well and shining brightly in the United States. They are making America grow and also showering glory on India, the country of their origin. However, only a few of them have reached a highly coveted position as achieved by Gita Gopinath.

The present time is very good for Gopinath. However, how will her future be? Will she rise even higher in the time to come? Ganesha has analyzed her future, read on to know the findings:

Astrology Behind Her Accomplishments

In Gita Gopinath’s Surya Kundli, natal Sun and Jupiter are conjunct in Scorpio. Generally, Sun is considered the signifier of government positions, things to do with international relations and so on. This is the astrological reason for her giant achievements so far.

Will Continue To Rise

As per the Surya Kundli, she will continue with her rising pattern. Gita Gopinath will establish herself well in her present roles (like the Chief Economist at the International Monetary Front (IMF)). Once she is in a firm hold of her new position, she will try to devise new strategies which will reflect on the functioning of the IMF and other institutions with whom she is associated. Are you concerned about your business? Buy the Business Ask A Question Report and know your future.

Gita Gopinath will take new steps in IMF which can have a good impact and deliver excellent results. These new steps may overall improve the working of IMF. Besides, she will be motivated and focused, which can broaden her boundaries and enable her to perform better. She may also need to travel a lot.

Gita Gopinath will be praised and appreciated for her work. Several prominent people around her will acknowledge her efforts. They may see a lot of merit and substance in her ideas. This may boost her confidence even more.

Will Draw People Towards Her

The recognition which she gets will have a positive impact on her standing. Gita Gopinath will not just be appreciated, but even her popularity will rise. From November 2018, she will be under the influence of Jupiter return through Scorpio. Hence during this phase, she will draw people towards her due to the magnetism in her personality and the confidence which she will wield.

On The Whole, Bright Prospects Foreseen In 2018

Gita Gopinath will make gains in the different areas. Overall, a good future is foreseen for Gita Gopinath. She will be able to capitalise on her strengths and eliminate her weaknesses. In several respects, she will make proper use of her opportunities and adequately manage her threats, foresees Ganesha.

Her future is bright, but Gita Gopinath needs to be alert and cautious. From April 2019, she will have to be very careful. The decisions which she takes after this phase may have a far-reaching consequence in her work. Post-October 2019, the mighty Jupiter will come in her favour, which will cause better policy decisions on her part.