Hard Times Ahead For Elon Musk, The Man Who Wants To Transform The World With Science And Technology - GaneshaSpeaks
https://www.ganeshaspeaks.com

Hard Times Ahead For Elon Musk, The Man Who Wants To Transform The World With Science And Technology 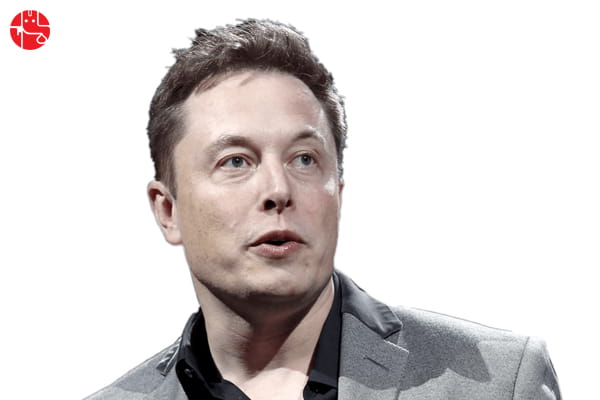 Elon Reeve Musk is considered to be one of the most influential people on this planet right now and with his affiliation to numerous projects and plans that he has undertaken in his name, he has totally been able to reframe the wires of the New Age Technology while taking it to the next level. He is not only a founder and designer for his company Space X but is also a co-founder and CEO of Tesla Inc. and Neuralink apart from being the co-founder of PayPal as well. His achievements have pushed him to reach great heights which is why he was ranked 21st on the Forbes list of The World’s Most Powerful People in December 2016. Not just this, as per the information gathered in the month of October 2018, he has a net worth of a whopping $19.8 billion!

He began to showcase his colossal talent at the age of 12 where he started selling codes for a video game called Blastar that he had created, to a computer magazine for a good 500$ amount. Elon Musk is quite a passionate person and his company Tesla, which was established in the year 2003, is trying to bring in fully-electric vehicles in the market to combat the drawbacks of the Motor vehicles used today. In one of his recent interviews, he mentioned his dream of traveling into outer space and colonizing the planet Mars due to the constant threat of human extinction on this planet. Furthermore, he also wishes to reduce Global Warming by engaging in Sustainable Energy consumption and production so that he serves the purpose of continuing the human race. Apart from this, he also has come up with the concept of Hyperloop which is a high-speed transportation system that may have a vertical take-off and landing which will travel at a supersonic speed. This urge that he has of changing the world and the humanity with Science and Technology has made him reach great heights.

As per Elon Musk’s Solar Horoscope and his zodiac sign Cancer, Mercury is posited in Gemini. Moreover, as Mercury is in the 1st House, it yields favorable results in the field of trade and commerce. In his Horoscope, Mars is positioned in its sign of exaltation, which helped him make his foray in the area of space travel as per his birth chart. The same factor helped him to found the first commercial company to send a rocket to Mars in 2012. Know what your horoscope says about you?.

Venus posited in its own sign helped Elon Musk start the electric car project Tesla Motors Musk led a Series A funding round in early 2004 to join the Tesla board of directors as chairman. He became chief executive after the 2008 financial crisis and still holds that position at the time of publication as per Elon Musk’s predictions.

Considering the future, Elon Musk still needs to achieve a lot. Besides, the projects on hand may get delayed, as the planets are less favorable as per his future predictions. Elon Musk will face challenges in future. How will your career fare? Buy the 2019 Career Report and know the answer.

Between 3rd May 2018 and 6th November 2018 Mars will be in conjunction with Ketu in the Sign of Capricorn. This will be a high-risk combination, and Elon Musk may face some losses in the Mars project due to some accident or mishaps. Thus, this will be a very tough phase for him. Are you concerned about your business? Avail the Free 2020 Business Report and know how will your business perform in the future.

Amongst all these problems, Elon Musk will be able to get some respite only post 10th October 2018, because transiting Jupiter will move over Natal Jupiter. This transit will prove to be very supportive of him and he may come up with new ideas and direction to his research work. But, one has to keep in mind that after March 2019, he may have to go through a very tough time for about a year and a half, especially in legal or government matters. This, in turn, will drag him towards stressful situations which he will have to learn to balance out as he may not have any other option with him. So, it is going to be a mixed year for him!