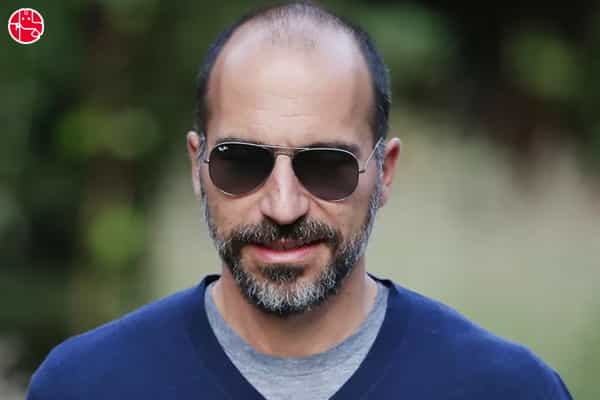 The Global Technology company and Taxi Services Provider Uber recently announced the appointment of Dara Khosrowshahi as its new CEO replacing Travis Kalanick. It is interesting to note that Hewlett Packard Enterprises CEO Meg Whitman and the Chairman of General Electric Jeff Immelt too were there in the race for this coveted post.

Dara Khosrowshahi is a renowned Iranian-American businessman and his abilities have won him acclaim far and wide. Now, Ganesha has analyzed his horoscope and done predictions about his tenure as CEO and whether he will be able to take Uber to newer heights. Here are the findings:

Get Your Hand-written Janampatri By Our Experts.
Dara Khosrowshahi Will Try To Improve Company’s Working Conditions

On analyzing the Surya Kundli of the new Uber CEO Dara Khosrowshahi, Ganesha has found that his Libra sign will be influential between 12th September 2017 and 11th October 2018. This will have a positive impact on his performance. Dara Khosrowshahi will make new company policies and will try to give more facilities to his employees. He will try to improve the working conditions in the company and facilitate a better atmosphere ultimately leading to more efficiency as per Dara Khosrowshahi’s horoscope. We work hard to get due recognition and monetary remuneration. Are you concerned about your financial situation? Get the Free 2017 Finance Report and know your financial future.

Uber Will Expand And Enter New Countries Under Dara Khosrowshahi

Besides, Dara Khosrowshahi will be successful in expanding Uber’s business during his tenure. Uber services are likely to enter new countries under him in accordance with Dara Khosrowshahi’s future astrology. Also, Saturn will pass through the eighth house of his horoscope and will aspect the second house completely. This will make the period somewhat challenging for him as per his astrology chart. The new Uber CEO will be able to expand his business. But how will your business fare? Find out the future of your business with 2018 Business Report.

Planets May Push Him To Take Bold And Tough Decisions

Rahu will transit through Cancer between 18th August 2017 and 7th March 2019 in the third house as per Dara Khosrowshahi’s astrology. This will make him bold and courageous and he may bring about big and difficult changes in the organisation. These changes may impact the fortunes of the company in a positive and effective manner as per his future analysis.

Dara To Get More Pro-Active Post-November 2017

Viewing the horoscope of the date of his appointment, it can be said that Dara Khosrowshahi will get more pro-active post-November 2017 while the results of this may get reflected in 2018. The period between 3rd June 2018 and 6th November 2018 will be challenging for him as he will find it difficult to understand as to what decisions should he take for the unfolding developments. These issues will be related to the areas like public relations, consultancy services, advertisements, promotional activity and so on as per Dara Khosrowshahi’s predictions.