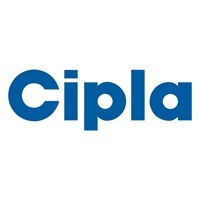 Mumbai-based, generic drug-maker Cipla is one of the most well-known pharmaceutical companies of India. It exports raw materials for making drugs and offers intermediates, prescription drugs, OTC products and veterinary products. It also offers technology for creating new products and processes. With the protocol ‘Caring for life’, Cipla, has achieved many milestones in the field of medicine, pharmacy and parmacology. After being in operations for years, the company is still quite research-oriented, and is still on the go of launching new products for health care. They have also been looking at exploring newer markets, and their reach has increased significantly in the past few years. Recently, the company launched the aerosol copy of GlaxoSmithKline’s anti-histamine inhaler Adviar (a generic drug against asthma) in the European market. In the light of this, Ganesha foresees the future of Cipla in 2014-2015.

What Next?
Speaking of the current and the coming times, Ganesha says that Jupiter is presently transiting through the House of Expenditure and Foreign Relations in Cipla’s Company Chart (Natal Chart). This is the reason that the organisation may have spent pretty heavily and invested heavily in the recent times. The financial outflow of the pharmacy-giant too must have increased.

Despite this, there is nothing to fear in this regard, as Jupiter’s positive influence is going to bring good results for Cipla. Post 14/07/2015, Jupiter shall move to the Zodiac Sign Leo. In the same Zodiac Sign, Sun-Venus-Mercury are already present in Cipla’s Company Chart, and Jupiter, the planet signifying expansion, joining thence the other three giants shall bring more favourable results for the company’s long-term future.

However, do note that post November 2014, Saturn, a slow-moving, struggle-inducing planet, shall start transiting through the 4th House in Cipla’s Chart. This will not be a good planetary move, and may lead to an apparent decrease in the company’s overall production. Along with this, Rahu, another adverse planet, is currently transiting through Cipla’s House of Wealth (in Company Chart), which shall pose hurdles in savings and investments, and may even cause a sort of investment block. The company Cipla, thus, may very soon feel a need to cut down on its overall expenses.

Thus, all in all, the future of the company, especially after June 2015, when Jupiter moves through Leo, looks pretty bright; it’s long-term prospects are pretty strong. Nonetheless, Cipla will need to remain careful in the coming few months, as some challenges may be in store too.