Know The Predictions For The Performance Of Reliance & Adani Groups 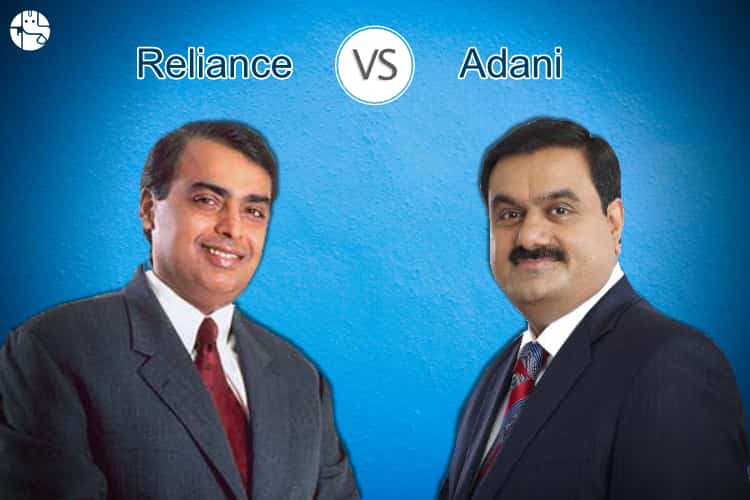 Sometimes it is said that the world is a dangerous place. There are various risks and threats lurking near and around us, so we have to take a lot of care. Well, it is believed that the world has become all the more difficult in present times due to cut-throat competition. This keen competition has come about due to increasing educational levels and the heightened prevalence of the meritocracy. The competition in the world of business is also very significant as it deals with lots of money and we know that money makes the world move. And when this competition involves big business houses, the topics can become a national preoccupation.

Well, the situation between the Mukesh Ambani-led Reliance Industries (RIL) (the foremost company of Reliance Group) and Gautam Adani-led Adani Group is one such significant competition. RIL is one of the leading companies of India, which is based in Mumbai. On the other hand, Adani Group is among the big companies of India, which is headquartered in Ahmedabad, Gujarat. Adani Group is said to be one of the fastest growing business corporations in India. There is much speculation if Adani can outdo the Reliance Group in the next few years and become the foremost business corporation of India.

Now, Ganesha has come up with his predictions to know the comparison between Reliance Group and Adani Group. Read on to know the findings:

If we talk about RIL’s solar horoscope, exalted Sun, Venus & Moon are strengthening the horoscope. Besides, the lowly Jupiter is with Moon, which leads to the creation of Gajkesari Yog. On the other hand, in Adani’s solar horoscope, Venus in its sign and Mercury’s Gemini are giving strength to the horoscope. But the problem is that Ketu is seated in the house of the economy as per Astrology.

The Importance Of 2nd House

The horoscope of Reliance shows that Venus is in its sign in the finance house. This planetary position is considered quite favourable. Venus can positively influence trade, particularly international trade. So, the government may enact laws that may be favourable to RIL. The company may even make gains in public relations.

However, in Adani’s horoscope, as Ketu is placed in the House of Finance, this may create an ambiguous situation for the company. It points to some unexpected losses followed by some unforeseen gains. These unexpected profits and benefits are an impact of favourable and unfavourable aspects of Ketu. Besides, Ketu may create uncertainties in the company’s financial matters. An afflicted Ketu may cause massive unwanted expenditures, and the company may face severe problems in organising the funds.

On the whole, there is some strength in the horoscope of Reliance while Adani’s horoscope doesn’t indicate good times. But the problems faced by Adani will also get resolved eventually.