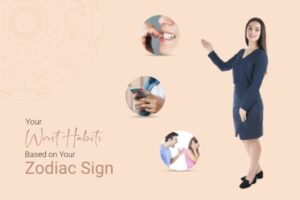 Does any of your habits annoy the people around you? Do you have a member or friend at home repeatedly interrupting any habit? You want to change this habit, but you are not able to quit even after a lot of difficulty. Today we will talk about some of your habits according to your zodiac, which can be in you since birth.Although you can replace them, it will take a little extra effort. Know some such useless habits according to your zodiac sign-

Leo – To misbehave with others

Libra – fall in love without thinking

Scorpio – Too much expectation from others

Sagittarius – Haste too much

Aquarius – Means more than life of others

With the blessings of Ganeshji,