The Shortest Day Of The Year And Its Astrological Importance 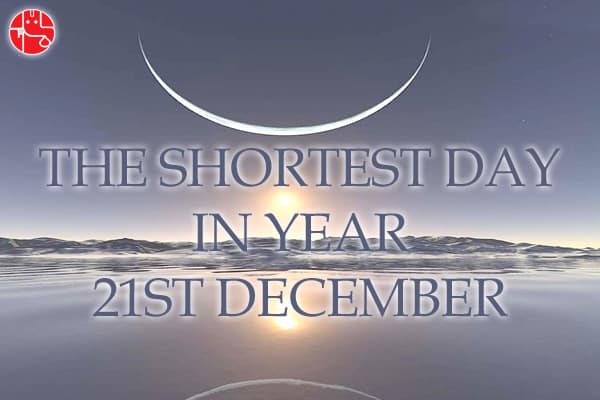 Balance Is The Pursuit Of Nature

It is rightly said that life is all about maintaining balance. But for this balance to really sustain in the long run, occasional extremes are desirable. Well, this wisdom also holds true for the geological conditions prevailing on planet Earth. Thus, we have the two equinoxes (Spring Equinox on 21st March and Fall Equinox on 23rd September), when day and night become more or less equal throughout the world. And then we have Summer Solstice on June 21st when day becomes longest in the Northern Hemisphere and the Winter Solstice on December 21st when the sun shines for the least hours in the Northern Hemisphere.

A solstice is an astronomical event that happens two times in a year — once at the beginning of winter and again at the start of summer. During a solstice, the Sun will reach its highest or lowest point relative to the celestial equator. The celestial equator is a fancy term for the giant imaginary circle that’s on the same plane as our equator. The literal meaning of Solstice is “Sun stands still,” and that’s exactly what appears to happen during a solstice at a point from our perspective here on Earth.

The Importance Of Shortest Day Or Winter Solstice

The Winter Solstice occurs when the Sun appears to stand still at the southernmost point of the equator (the Tropic of Capricorn) and then slowly begins to move northwards again. The Winter Solstice happens on December 21 and marks the shortest day of the year. Astrologically, it begins the start of the Cardinal zodiac sign Capricorn. If we see it from a spiritual perspective, the Winter Solstice is about celebrating the rebirth of life in all forms. From here, the days begin to get longer and the Sun will shine brighter. Thus, it symbolises faith, hope and positivity. What is a geological phenomenon is also bound to create an Astrological influence. Thus, Winter Solstice or the shortest day (21st December) creates significant astrological influence on human life. If you want a detailed analysis of your destiny, buy the Premium Janampatri.

Solstices Are Related To Cardinal Signs

It should be noted that it’s not an accident that the zodiac signs related to the equinoxes and solstices are all Cardinal signs. Cardinal signs begin each season and are associated with qualities of initiative. Be it an equinox or solstice, we celebrate the start of something altogether new. Each season has a specific and essential job that we rely on for our very existence. The equinox and solstice points are like the sacred markers in time which help us connect the dots to the unexplained mystery behind the Earth’s non-ending circle of life. Astrology is meant to boost your happiness. Are you interested in making your business fortunes surge? If yes, get the Free 2018 Business Report and witness the change.

Seasons Are Reversed In The Southern Hemisphere

A point to keep in mind is that the seasonal relationship to solstices and equinoxes are applicable to the Northern Hemisphere. Seasons in the Southern Hemisphere happen just the other way round.