Advaita Vedanta- Everything Means Nothing 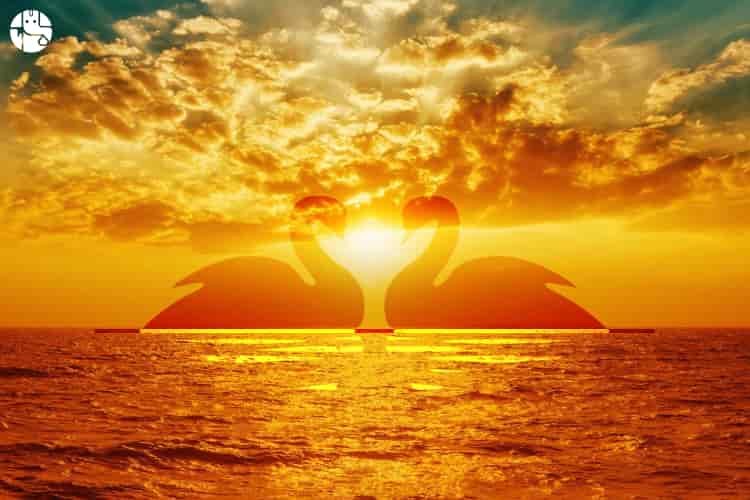 Advaita Vedanta And Its Philosophy

Vedanta is a spiritual philosophy and has its root in Vedas/ Upanishad (Shruti). Vedanta is also known as Uttara Mimamsa and is one of the six schools (astika) of Hindu philosophy. The word Vedanta means the end (-anta) of Vedas (ved-). The core ideas of the Vedantas come from the texts of Prasthana Trayi, i.e., the three sources of divine philosophy of Hinduism, namely Upanishads, the Bhagavad Gita, and the Brahma Sutras. Vedanta is not one particular doctrine or philosophy. It comprises several different schools of thought, and Advaita Vedanta is the oldest extant sub-school of Vedanta.

Advaita Vedanta is a non-dualistic school of Hindu philosophy originating primarily from the Upanishads. It is then elaborated on by eminent scholars such as Gaudapada and Sri Adi Shankaracharya. Advaita meaning can be explained by two words. Dvaita refers to duality, whereas Advaita refers to nonduality. The actual Advaitam meaning is described as the absence of duality between subject and object. When we are awake, we experience duality, but in a deep sleep, we only experience nonduality.

Like most of the schools of Hindu philosophy, Advaita Vedanta is also a path to spiritual realisation. Advaita Vedanta presents to us a non-dualistic kind of reality. Furthermore, Adi Shankaracharya – founder of Advaita philosophy, negates the age-old idea that the Atman is distinct from the Brahman. Below are some of the Advaita teachings:

Brahman is the Only Truth

Advaita Vedanta philosophy believes that Brahman is the only truth and that everything else is merely an appearance, projection, shape, or illusion. For example, you may consider a rope as a snake in the darkness. Here, the snake is the illusion, and the rope is the reality. Similarly, the universe exists in mind as a formation above the Self.

Atman Has No Separate Existence

As per Advaita philosophy, Atman, or the human self, should not have a distinct existence. Each being is just a projection or reflection of Brahman. Jiva is a soul that has been deluded by egoism, impulses, and other impurities, and as a result, it experiences separation and duality. Hence, each human being is bound to the birth and death cycle, as well as the laws of karma, and will remain till the time liberation is achieved.

Your birth chart also gives you a glimpse of your past karmas. Know the impact of planets on you with your Free Personalised Janampatri

Brahman is Real, but the World is Illusion

Brahman is real, but the world we exist in is merely an illusion, like a mirage. It manifests in our minds as a result of its activities and senses. We do not perceive Brahman, the ultimate truth, since we are completely dependent on illusion. When they are entirely removed and made silent by isolation, innocence, and renunciation, the Supreme Self can be seen in everything and attain salvation.

According to Shankaracharya Advaita philosophy, an enlightened guru with the knowledge of scriptures and Brahman is necessary for seeking salvation. Gaudapada’s Mandukya Karika is considered the first available treatise on Advaita Vedanta, though Shankaracharya’s monumental works constitute its core literature. Via their lectures and academic works, successive generations of scholars have enriched the Advaita school. Under various names, the Advaita school is also a member of Vaishnavism, Shaivism, and Shaktism.

Below are the important concepts of Advaita Vedanta philosophy:

Sadhana Chatushtayam: Sadhana Chatushtayam refers to the tetrad of spiritual activity and salvation. The four sets of qualifications mentioned below are considered essential for liberation, and each aspirant is required to cultivate them.

Nitya anitya vastu viveka: The power to identify the difference between what is permanent (nitya) and what is temporal (anitya). Its absence is the reason for the delusion.

Ihamutrartha phala bhoga viraga : Not interested in enjoying the rewards of one’s acts and sense objects now and in the future. This will halt the progression and creation of karma.

Sama adi satta sampatti : Sama meaning control of internal sense organs, dama refers to control of external sense organs, uparati i.e.abstinence, titiksha refers to quietness, sraddha means sincerity and faith, and samadhana are some of the qualities. They are necessary for self-transformation and sattva predominance, without which one cannot be free of the three impurities of egoism, dependencies, and illusion.

Mumukshutva: It means a strong desire for liberation. It appears mostly as a result of past good deeds (karma). As per Bhagavad Gita, only after repeated births, a person can feel a deep desire to attain redemption and choose the path of salvation.

Choose the right path in life, Talk to Expert Astrologers for guidance!

Pramanas: Pramanas are the principles for gaining correct knowledge, fact, or true information. In this world of duality, it is impossible to realise which knowledge is correct and which is accurate for redemption or determining reality. Advaita Vedanta accepts six Pramanas, three of which were given by Shankaracharya and three by his disciples. They are as follows.
Pratyaksha: It refers to the understanding gained by perception. Here knowledge is directly perceived, either by the senses or through higher levels of consciousness.
Anumana: It means the information derived by inference. This is speculative intelligence based on assumption.
Upamana: This is a rational knowledge that comes by means of analogy, comparison and contrast.
Arthapatti: This is hypothetical knowledge gained by meaningful assumptions based on common sense and past experiences.
Anupalabdhi: This is knowledge gained through negation.
Agama: It is pure theoretical knowledge that comes through the study of sacred scriptures

Below are the three important elements of Advaita Vedanta philosophy:

As per Advaita Vedanta, the universe is an illusion or maya created by Brahman’s veiling influence. Everything, according to it, is imaginary or illusory. It disappears as it is removed since it is a projection of God’s consciousness. The veiling is known as avarna, and the projection is known as viksepa. Advaita’s followers believe that maya is neither actual nor imaginary, but rather indeterminate or indescribably (nirvachanam) because it cannot be both at the same time.

Brahman is the ultimate, absolute, and everlasting truth. It is an only fact, the only cause of all, and the only secure and eternal existence. Brahman is viewed as the human self, the hidden truth, in all facets of life. There is no distinction between the Brahman and Atman. When the Self removes its veil, it acknowledges its non-difference from the Absolute and encounters non-duality (Advaita anubhava) of life. In his absolute state, Brahman is devoid of all virtues and characteristics. In our present state, though, we consider him to have those characteristics and refer to him as Isvara, the lord of the universe. In the end, Isvara is not the source but rather an outcome or representation of Brahman in the quality of Sattva

The world is imaginary, according to Advaita Vedanta, not because it does not exist, but because it exists only as long as the Self is present in consciousness as the subject. When the Self is removed from consciousness, the world gets lost or disappears. Furthermore, it is constantly evolving, unstable, impermanent, and prone to destruction and decay. It is an appearance, a projection of God, similar to a mirage or a false truth. Our senses take it for granted, leading us to believe it is genuine and lasting. The existence of the world is a result of our understanding of duality and will vanish when we reach the condition of non-duality or absolute subjectivity, i.e. the state of the Self.

Closing Note: Advaita Vedanta is a great mash-up of various Hindu philosophies with a very good core inspiration. Advaita Vedanta is one of the most followed and influential schools of classical Indian thought. Although several scholars classify Advaita philosophy as a type of monism, others classify it as non-dualistic. Advaita Vedanta texts advocate a range of viewpoints, from idealism, including illusionism, to realistic or almost realistic positions mentioned in Shankara’s early works.