In 2016, Struggles and fading fortunes may make things dull for Vishy – the Evergreen Genius... 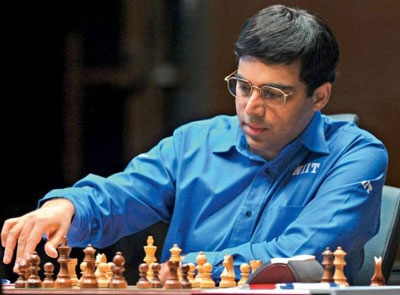 India's first chess Grandmaster Viswanathan Anand, took the game to altogether another level when he became the undisputed world champion in 2007. The following year Anand defended his title against Vladimir Kramnik. He then defended his title in the World Chess Championship 2010 against Veselin Topalov and in the World Chess Championship 2012 against Boris Gelfand. In the World Chess Championship 2013 and 2014 he lost to challenger Magnus Carlsen. In April 2006, Anand became the fourth player in history to pass the 2800 Elo mark on the FIDE rating list, after Garry Kasparov, Vladimir Kramnik and Veselin Topalov. He occupied the number one position for 21 months, the 6th longest on record. Vishy will be celebrating his birthday on December 11 and here Ganesha takes a look at how his form will be in the forthcoming year...
Date of Birth: 11 December, 1969
Time of Birth: 03.05 Hrs
Place of Birth: Mayiladuthurai, Tamil Nadu, India
NATAL CHART