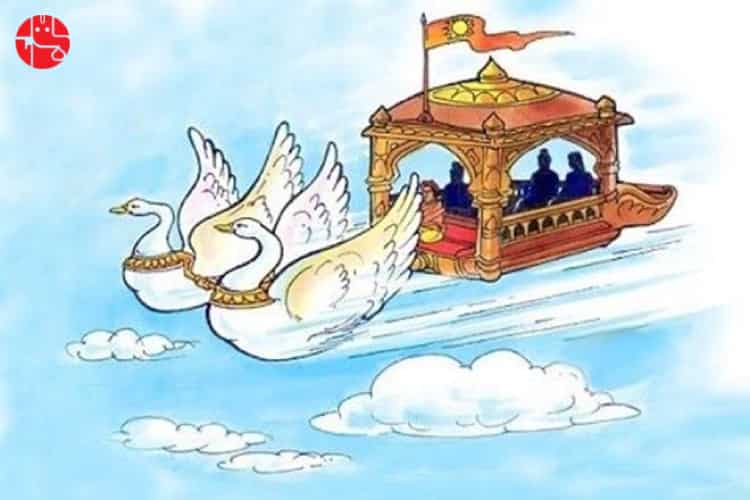 The first modern aircraft was built by the Wright Brothers. There was an age gap of around four years in the two brothers, Wilbur and Orville. They had tested their first aircraft on 17th December 1903. In the first test, Orville had flown in the aircraft. He had flown his aircraft at a height of around 36 meters. Thereafter, Wilbur had flown the same aircraft. He had covered the distance up to 200 feet. The third flight was done by Orville and the fourth flight by Wilbur. Wilbur covered the distance of 850 feet in around one minute. Thereafter, different types of aircraft were created. But the principle of flying the aircraft remained the same.

The modern aircraft can be broadly divided into two categories:
1) Lighter than air
2) Heavier than air

Aircraft Science As Per Ancient India

But these scientific principles have been taken from the Vedic wisdom and applied in the creation of aircraft. Maharishi Bharadwaj has been called the creator of aircraft science and inventor of the first aircraft. He had written the famous Vimana Shastra or Vaimanika Shastra (The Science of Aeronautics). Do you have any confusion in business? Access the Business Ask A Question Report and get it resolved.

The above shloka in the Vimana Shastra mentions some secret details of how to fly an aircraft. In fact, even the science of radar system is mentioned in other related shlokas. There is a detailed explanation of this technique. But here it is being presented in brief. It is stated in the scriptures that by combining different radio waves coming from space, we can create an image making power which can be utilised for tracing the path of invisible aircraft flying in the sky. If you are concerned about your relationships, access the Remedial Solutions for Personal Issues Report.

The Use Of Aircraft In Ancient India

Also, it is mentioned in the Rig Veda that Devtas (Demigods) had created a three-wheeled rath (chariot) which could fly in the air. In Viman Shastra, 32 secrets have been mentioned. The Kritak secret is one of them. It is stated that using the Kritak secret Vishwakarma, Chhayapurush, Manu and May Danav had created an air-borne craft by using the necessary elements. We can call this an explanation of the hardware.

Different Spacecraft As Per The Ancient Indian Literature

Thus, we can say that the wisdom given by the Maharishi Bharadwaj are true and the mention of aircraft used in ancient India was not a figment of the imagination, it was very much real. In fact, various principles in Viman Shastra can now be used to strengthen our technology.