US economic crisis and its global impact

Brace yourself..the worst is yet to come! 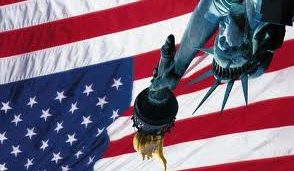 The stalemate in the US government over the health care measures proposed by Obama has lead to a total shutdown in the US, except for the essential government services, throwing hundreds of thousands of government employees out of jobs, without pay. This is bound to have an adverse effect on the US economy, but how severe will the effect be on the world economy? Read on to know Ganesha’s findings…

According to Magi Astrology rules, Chiron’s alignment with Jupiter and Saturn indicate financial trends. As per western astrology system, Chiron is currently at 10 degree of Pisces and Saturn – the significator of recession is currently at 10 degree of Scorpio. This is degreecal Trine. Neptune is at 3 degree of Pisces. USA’s natal chart as per Western astrology is of Virgo Ascendant, as given below.

Are we heading towards yet another round of recession?
As per Vedic astrology principles, Saturn and Rahu’s degreecal separation will be in effect till November 2013. Still, up to March 2014, the effect of global recession is likely to prevail. It might take end of November 2014 to get things streamlined. This cannot be termed as a period recession, as per Vedic astrology system.

As per western and Magi astrology’s rules, Ganesha feels that the second half 2018 and the first half 2019 would be the time when we should be ready to face great global recession. Current recession could be the first stage of the recession that is foreseen in 2018/19.

The signal that we have got is ‘save your cave first’. That means, internationally everyone should focus on savings as according to Ganesha the worst is yet to come. Current time is of course challenging but it may not affect other countries that way the way it has affected USA in the recent times, hence stocks may remain afloat. This is the only solace can be given as of now.

Disclaimer : Please note that these predictions are meant only for academic and research purposes, and not intended for any other use. The organisation shall not be held responsible/ liable for consequences arising out of interpretation and usage of the same by any individual/ entity in any manner. Also, these predictions have been given by the calculations, purely on the basis of AVAILABLE data.