Know How Important Are The Three Outer Planets In Western Astrology 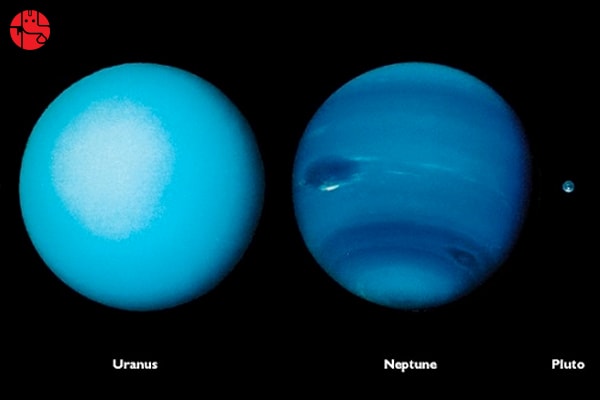 The Nine Planets As Per Vedic Astrology

Vedic Astrology has revolved around the positions and movements of the nine planets, namely: Sun, Mercury, Venus, Moon, Mars, Jupiter, Saturn, Rahu and Ketu. This ancient science from India has gauged human destiny and ascertained the future lives of people keeping into consideration these nine celestial bodies, all of which are visible to the naked eye.

Are you curious to know your future? Buy 2018 Detailed Yearly Report and know how will you fare in the time to come.

However, Western Astrology also includes three other outer celestial bodies namely Uranus, Neptune and Pluto (Pluto no longer qualifies to be a planet). These three bodies are visible only using a telescope and that is the precise reason why Vedic Astrology, which was devised by the ancients of India, when there were no telescopes, did not take these planets into consideration.

Problems Of Accommodating Uranus, Neptune And Pluto In Astrology

One big problem with considering the modern planets for Vedic Astrology is that it’s really difficult to apply the original mathematical formulae (meant for the earlier planets) to these new bodies. However, by using the resource of accumulated observations and research done by, mostly, Western astrologers, some consideration given to the effects of the so-called “modern planets” has helped to augment the traditional Vedic chart interpretation.

Are you confused about something? Buy the Ask Any Question Report and get guided for future.

Significance And Characteristics Of The Three Outer Celestial Bodies

Several western astrologers believe that the inclusion of Uranus, Neptune and Pluto can provide a more complete picture of their astrological analysis. Here are some astrological facts about these three heavenly bodies:

1) Uranus:
The planet Uranus represents the Unexpected. Sudden or Abrupt Events, surprising and shocking turns of fate, New Developments, are some of the qualities ascribed to this planet. The impact of Uranus in a chart brings with it the energy of Transformation, which, if the person or situation is not friendly to that energy, gets experienced as Disruption. Uranus defies established structure and routine in life. Since established order is the quality of Saturn, Uranus can be thought of as the reverse of Saturn. By extension then, Uranus becomes the planet of Revolution, and thus Liberation.

2) Neptune:
Neptune stands for Dreams. On the positive side, dreams represent the Imagination and hence are an essential part of Creativity. If linked to a strong and positive Venus, Neptune can make one an artist. On the negative side, dreams can be Illusions and can ensnare us in a web of Deception and Deceit, Confusion and Doubt, either created by us or by another. Neptune is considered to be non-rational, and therefore functions like the contrast of Mercury, the planet of the Intellect.

3) Pluto:
Pluto’s energy is similar to the Hindu god Lord Shiva. Pluto has the quality of total destruction, but like Shiva, this destruction is required for the next cycle to begin. Although it is a small, far away planetary body, Pluto is not small in influence: when it is in close contact with other chart factors, it can cause the end and dissolution of what the other planet represents. Unlike Uranus, which represents changes and disruption, the energy of Pluto has the quality of something unstoppable; like the wheel of life and death.