The Concept Of Karma In Hinduism 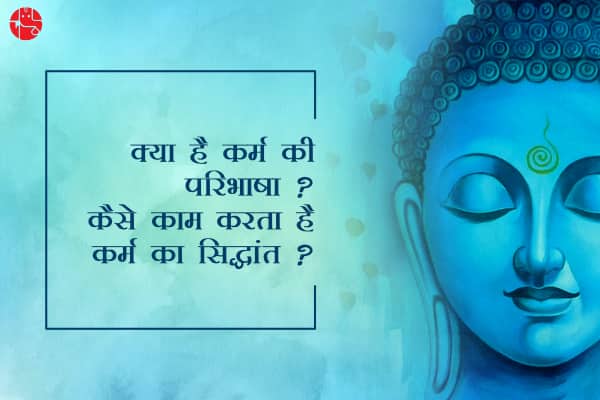 It is said that you should do as you do! This proverb can be seen as a definition of karma. Many facts illustrating this fact are found in Vedic astrology including Vedas, Puranas, and Upanishads. It is said that the kind of action that one will do in his life, he will have to face the results or consequences in his life. In common language, this cycle of action and fruit can also be called the principle of karma. People have their own opinion regarding the fruit of karma, some consider the circumstances of their life to be the result of the actions of the previous birth, while some believe that the fruits of good and bad deeds of life are related to this life. To get the fruits of our actions in this life or in the next life, we should try to do meaningful work.

In order to get meaningful actions and their positive results, it is necessary for us to know, what is karma, and how does it work? The explanation of karma is found in Gita Saar, according to Lord Shri Krishna, karma is the same, which takes birth in the intellect of man. Thoughts are born in the intellect, and it is the man who carries out thoughts mentally and physically. According to the opinion, the direct transformation of thoughts is ‘Karma’. But the interpretation of karma is not limited to this. There are also types of karma.

What is luck? Can fate be changed?

Mainly there are three types of Karma Sanchit, Prarabdha and Kriyaman. Sanchit Karma is those actions which are done uncontrollably or under someone’s pressure, the result of such actions is accumulated for a thousand years. But its fruit is slightly blurred and ends up colliding with adverse conditions. – Prarabdha Karma: This karma is performed with full desire and emotion. The fruit of this karma is sure to be received in a meaningful way, but the time is not fixed.

Kuriyama is that type of karma, the result of which is destined to be met in this birth. In this there are actions that cause pain to others. For example – hitting or abusing someone or harassing or hurting in any other way.

Vedic astrology is considered a useful scripture to read the account of karma. Vedic astrology has been used since ancient times to know the type of karma and its results. There are many such Vedic systems From which conclusions can be drawn from the actions of this birth and previous births. Also, Vedic Astrology helps you to predict the coming time accurately and interpret the planets and dashes according to the planetary positions in the birth chart, which helps in forecasting the favourable and unfavourable phases of life.

According to Vedic astrology, your relationships are also the result of your actions. According to Vedic astrology and the principles of karma, the account of your karma plays the main role in the choice and relationship with your life partner or lover-girlfriend. In Vedic astrology and Vedas, the life partner is addressed by the word Ardhaagini. In general, the meaning of Ardhaagini is seen by connecting half of the body, But its meaning has been given very deep in the scriptures. According to these beliefs about weapons, many theories have emerged in the present time, in which the attraction of two opposite sexes has been shown by connecting them with their soul and deeds. Becoming an integral part of your life is not a mere coincidence, but it is considered to be an event that happened according to destiny.

The birth of a right and the worthy third part is also mentioned by the union of two right karmic companions. When two right karmic comrades meet, a new fraction is believed to be born from parts of their positive physical energy and emotional energy. At the time of birth, that part is nothing but the sum of the actions of one’s parents. Later on, he has to choose his own actions.
Conclusion:- Your life is the sum of the fruits of karma

Vedic astrology and karma are two different things, but both suggest ways to improve human life. Their mutual combination determines their relevance and the standard of your life. Just like the sum of your karma determines your birth time and yoni. But astrology does the work of reading this birth time and the position of the planets and suggesting the right or wrong remedies accordingly. So in conclusion it can be said that choosing the right actions is an easy way to get positive results in this birth and in the next life, but astrology is the only means to know the effect of these fruits.

Call now to know your destiny and destiny