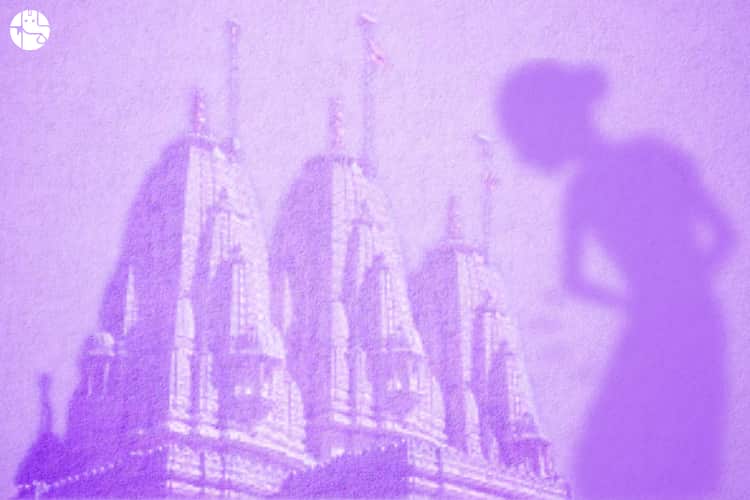 God has created women to play a major role in the perpetuation of the human race. Menstruation is a natural process that takes place in a woman’s body every month. Menstruation is neither a curse on women nor a result of the so-called original sin of Eve. Then why are women not allowed to pray during periods?

Any discharge from private parts is considered as waste whether its urine, feces or menses or anything else. As it is mandated to clean yourself after urine and feces and one cannot pray or eat or do anything in this state, similarly, a woman has to get rid of the waste of menses. So, a woman needs to get rid of the physical impurity in order to stand in front of the Almighty.

This is the reason for women not being allowed to pray during periods. Also, during menses, a woman’s body is quite weak and easily prone to any allergies. Many women face dizziness and that’s the reason she has been prohibited from household chores.

Besides not being allowed to pray, there are many other superstitions related to menstruation.
1. Women should not go near the holy Basil plant; not even their shadow should fall over it.
2. Women should be isolated and should be served food and water in separate vessels.
3. A woman in periods should not touch pickle, flower, curd or a newborn baby.
4. Women should not wash their hair or trim nails.
5. One invites bad luck if one touches a menstruating woman.

All religions have some common rulings on menstruation. All believe that such women should not enter the religious place, should not fast or avoid having intercourse. Culture and menstruation are about cultural aspects surrounding how society views menstruation.

Many traditional religions consider menstruation ritually unclean. Different cultures view menstruation in different ways. Menstruation in western societies is supposed to remain hidden. By contrast, in many hunter-gatherer societies, particularly in Africa, menstrual observances are viewed in a positive light, without any connotation of uncleanness.

When a Muslim woman is menstruating during Ramadan, she cannot fast and has to hide the fact from the male members of the house. According to Hindu Vedas, during menstruation stotra or sloka can be chanted in praise of the divine. However intense meditation, bija mantra parayana, mantra purascharana are to be avoided.
Menstruation is governed by Apana Vayu, causing a downward flow. However, mantra or meditation causes prana shakti to flow upwards along with the spine starting from Mooladhara, thereby opposing the downward flow of menstruation. This conflict should not be created, which will lead to health issues, and therefore, the restriction of intense mantra, meditation during this time. To know more about mantras and its effects, Talk to an Indian Astrologer.

Let us throw some light on menstruation-related myths in India:

1. Women are not allowed to sleep in the same bed with her husband because they are thought to be dirty and impure while having periods.
2. People believe that if the woman in her periods touches the cow or goat, they become infertile.
3. The pregnant woman doesn’t allow any woman or girl to touch her in their periods just because they think that in that case the child will die or the menstruating women can create the problem in her pregnancy.

Periods can last between three and seven days and usually occur every twenty-eight days, though menstrual cycle lengths can vary. Although this biological process affects about half of the world’s population, many myths and misconceptions about it persist. Cultures around the world still vilify menstruation, and consider period blood “dirty” and “impure,” and menstruation itself as a taboo topic.

Avail our Janampatri and know about the events that are likely to happen in your life!