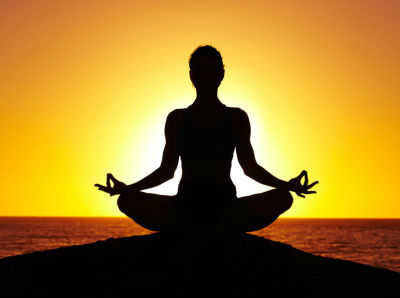 Aries: Like in every other aspect of life, being religious and following rituals is just a matter of convenience for the Arian. They don’t insist others follow religion and neither do they like it when they don’t follow. Arians are those who go to a temple ‘to kill time’.

Taurus: Taurians and their religiousness can swing to the extremes. Nothing in between seems to work for them. So you either find those who are so religious you think they are crazy. Or those who are completely anti-rituals that they come across as rebels.

Gemini: It’s rare to find a Gemini who does not believe in religion or the accompanying rituals. During festivals, it’s the Gemini who often takes the initiative and starts off with the Ganesh puja. Young Geminis may come across differently but in due course they’ll fall in line.

Cancer: Cancerians are deeply religious and it’s visible in every act. They are the kinds who take the Lord’s name at every point in life. They are the ones who hang God’s pictures in office rooms and diligently stop by to put money at the little hundi at the street corner. Their belief in religion borders on fanaticism, sometimes.

Leo: Leos believe in everything, provided they know the significance of each ritual. So they may have never fasted all their lives but the day then know the essence of fasting, they will swear to be on a fast for the rest of their lives. It’s logic that guides their religiousness.

Virgo: Virgos, surprisingly, are not too religious. At least they don’t believe you have to follow their rituals in order to practice a religion. So it’s not surprising to see devout Virgos who prefer meditating over their God than do elaborate prayers at the temple.

Libra: Librans suffer from the yo-yo tendency even in rituals. They may even come across as selfish people because they are religious only when it suits them. So while they may want to have an elaborate meal on the festival day, they may not believe in fasting the previous day.

Scorpio: Scorpios are religious in a very subtle way. They hate to show off their religion. Instead they prefer to have a silent talk with their God late in the night or when they need strength. Don’t be surprised if you don’t find a God’s picture in their rooms, but they claim to be devotees.

Sagittarius: Sagittarians are the kind who can recite the whole Vishnusahasranam in one go and still are raring to read up a lot more. They are fiercely religious and don’t mind talking about life and religion.

Capricorn: Capricornians simply go with the flow. If those around are in the puja mode, they will also get into the same. They don’t really make a big deal out of any ritual. For that matter, they don’t believe too many in rituals but nevertheless will play along.

Aquarius: Aquarians can be a very anti-religious at times and until they are convinced, they refuse to follow any ritual. For them believing is very important and do not take up anything unless they are convinced.

Pisces: Pisceans also need a reason before they believe – in god, religion or rituals. If they hang out with the right people who can tell them about these concepts, they don’t mind following them with ardent devotion.