Picking up the phone to have a hearty tête-à-tête or text messaging – what do you prefer? 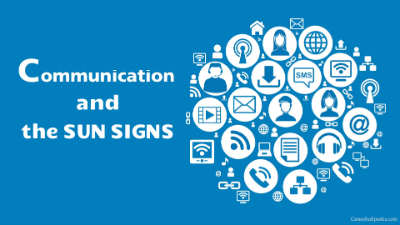 Aries: Arians think modern gadgets of communication are only for emergencies. So they will rarely take the effort to write nice long mails or spend time on making phone calls to people. If they had their way, they would shout and communicate. So don’t blame them if they are averse to telephones, emails and other such communications paraphernalia, says Ganesha. But they generally make sure that they are prompt in their responses, so an Arian making someone wait for too long is a rarity!

Taurus: Taurians can act get on your nerves if they are in love with you. In other words, they are dying to communicate to you but have some extremely exasperating inhibitions when it comes to expressing their feelings. So the crucial stuff, they want others to do it on their behalf. These people would not mind spending even hours together having a hearty chatter with their partners. But when it comes to formal communication, the bulls may prefer communicating in monosyllables, says Ganesha!

Gemini: Geminis are the kind who pop out of nowhere to write a mail or make a call to you. They make good friends but they don’t believe that one should constantly keep in touch in order to be good friends. Well, as long as they are reliable friends, who cares of mails and calls? But the very same Gemini can be particular about being prompt when it comes to official communication.

Cancer: Letter writing is an art and Cancerians excel in it. Even if they write two lines in their mail or make a brief call to you, it’s worth re-reading or recalling the conversation a hundred times. No exaggerations, if you want to read a good letter, befriend a Cancerian. Their emotianalism and intensity will be visible in their communication. But on some occasions they can be too demanding as they would want you to be as sincere as them in communication! A delay in response to a Cancerian and then the world would turn upside down!

Leo: Leos are not only staunch ‘keep in touch’ aficionados, they are also great communicators. Friends of Leos often compliment on their ability to pen delightful mails that make the day of the reader. They are people who are able to spread warmth, even if they are miles away from you! Moreover, they tend to have a very attractive style of talking on calls and they can be very elaborate in their expressions. So if you don’t have a Leo friend, hurry and make one.

Virgo: Can somebody tweak their ears and remind them about how friends pine to hear from them. Virgos hate to carry over any conversation or spend extra time on the same. So either a) they seldom keep in touch b) prefer the ‘right here right now’ mode of chat and call. Due to their pragmatism, you may not find a Virgo being overly emotional or calling you up because they were missing you.

Libra: Librans are awfully boring when it comes to communication. Their copy is awfully bland and they have the dubious distinction of even making the most exciting outing sound like a big flop in their mails. Even if a Libran communicates to you on call or in a written message, you will be able to find an element of dreaminess. They are likely to be inconsistent in their communication. Matter-of-fact best describes their mails/phone calls. Don’t be surprised if you do not find a Libran as charming in their communications as they may be in real life.

Scorpio: Never provoke a Scorpio the wrong way or they will take off on a tirade against you. For them, mails and phone calls are great devices to spew venom. Rarely will you find Scorpios, especially men, sending e-cards or pleasant mails. However, about one per cent of Scorpio women are awfully nice in their mails! They will amaze you with their sharp memory and brevity in written communication.

Sagittarius: So what if they are shy when it comes to writing long mails, they can get others do the same for them. So Saggis mails are often full of attachments, sign off lines while in their phone calls they are bound to say, ‘Ok now talk to him for more details’! Sagittarian folks have the ability to amuse people with their clumsily drafted responses (some whacky short-forms and strange self-coined short-forms) and funny written messages.

Capricorn: Capricorns have the capability of saying things as it is, especially in the written word. Only they rarely get themselves to write. Some of you Capri Goats write such delightful mails that even five years after somebody reads it, they still cant forget your playful usage of words and phrases. These folks ensure that they are realistic and practical in their communication and they prefer to keep their communication terse. Capricorn people are known to pay great attention to grammatical propriety.

Aquarius: They are among the best communicators because they are to the point, brief and aggressively keep in touch with people who matter to them. So they make good corporate communicators as well as PR people. These people use more of modern terms in their communication. You can expect to receive a lot of light-hearted and humourous messages from them. They are known to be somewhat sarcastic in their responses, which can sometimes ruffle a few feathers!

Pisces: Pisceans just need a telephone and a good friend and they can talk for hours. They very religiously send forward to friends, call up and wish people on their birthdays and are generally nice. However, you need to be in their good books to get them to spend time communicating with you. Pisceans can be the people whose messages can bring some cheer when your chips are down!