Importance & Wisdom of Sanskrit Mantras in Science and Maths 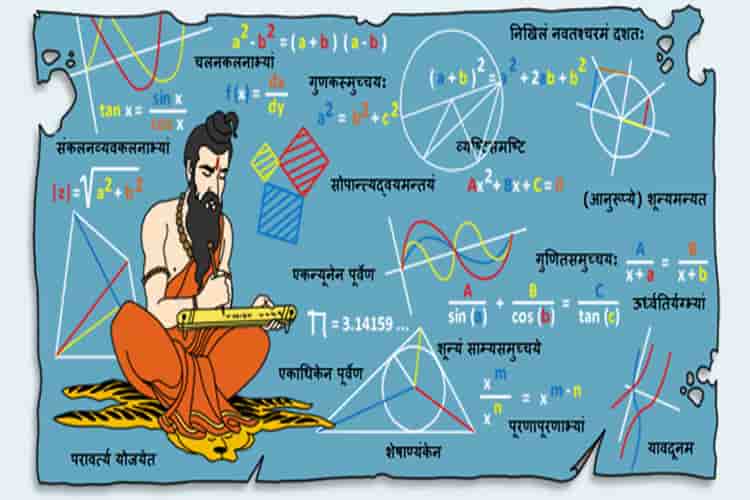 Some time back, there was a Supreme Court judgement regarding the alleged imposition of Sanskrit as an optional subject. It was titled as Arunima Rai Vs Union of India case. Apart from the SC’s judgement, the argument in the case was very interesting. The petitioner was aggrieved as Sanskrit was made an optional subject at the Middle-Level Education in the Central Board. Rai felt that Sanskrit was being imposed.

The honourable Supreme Court rejected the argument of the petitioner. In fact, the honourable judges had ruled that Sanskrit was a recognised language in the 8th schedule of the Constitution. Indeed, Sanskrit is an integral part of Indian culture and heritage, which has directly or indirectly influenced most other languages of this country. Now, let us see how important Sanskrit is and how actively have Sanskrit writers contributed to the growth and development of human civilisation:

The Importance Of Sanskrit:

The Ancient Indian Wisdom Is In Sanskrit

There is a class in Indian society who have no knowledge of Sanskrit. At the same time, such people have developed a thinking that whatever is written in Sanskrit is only about worship rituals like mantras, etc. Otherwise, why would have this case come up to the Supreme Court? But this is a narrow approach of looking at real things. Do you have any issue about your career? Access the Career Ask A Question Report and get it resolved.

Why This Narrow Thinking?

What does the above-said information mean? Could Indians have developed such a formula? The answer is a big Yes. Well, this mantra contains a mathematical formula which establishes the equation for measuring a circle’s radius.

But this mantra is not mentioned in any of the modern Maths or Science Courses. In fact, when this equation came to India from abroad (in a somewhat different version), the so-called Secular Indians took it as a foreign gift to India. Are you facing problems in relationships? Get the much sought after guidance, buy the Relationships Ask Question: Detailed Advice Report.

Does it seem to be a puja mantra? Well, it’s not. It represents the equation linking the radius and circumference of a circle. It was developed in India. Later, it came from abroad, in a more brief and decoded version (π – 22/7). When this formula is converted into numbers, will find the following:

However, in Rig Veda, the value of π is mentioned until the 32nd number after the decimal. It is shown as the following:

Thus, the Indian formula (given in Sanskrit) goes deeper into the value of this figure.

In the mathematics chapter of Brahmasphut principle, the calculation is done via the following 12.21 shloka:

This shloka provides the formula for the approximate area of a cyclic quadrilateral. Well, the modern method too uses the same formula. But the original Indian version was developed hundreds of years earlier.

The following shloka of Aryabhatt has presented Jya Sarni or Sin (Sin is an important geometric concept):

Thus, it was developed by Indians much before it was discovered in the West.

The Round Size Of Planet Earth

The following shloka mentions Earth as round and consisting of five elements:

Therefore Indians knew about Earth’s shape much before modern Astronomy confirmed it.

The Speed Of Light

Sayanacharya has mentioned the speed of light in the following shloka:

It says that Light travels with the speed 64,000 kos/per second (or 1,85,00 miles/per second). The scientific measurement today puts the speed of light as 1,86,202.31 60 miles per second which is quite close to the Indian measurement.

The Concept of Number Line:

In Brihadaranyak Shankarbhashya (4.4.25), Srisankara has developed the concept of number line He had stated the following:

Thus it mentions the following:

That Was Just A Trailer…

This is just a trailer to tell that Sanskrit is not just about puja mantra and rituals. Sanskrit shlokas are also to do with worldly principles written in a scientific manner.

Due to hundreds of years of foreign domination, Indians lost the links with their past, which is unfortunate. And after independence, the successive governments have created an atmosphere wherein Sanskrit shlokas just appear to be about puja rituals.