What is the significance and benefits of the banana tree in Hinduism and Astrology? 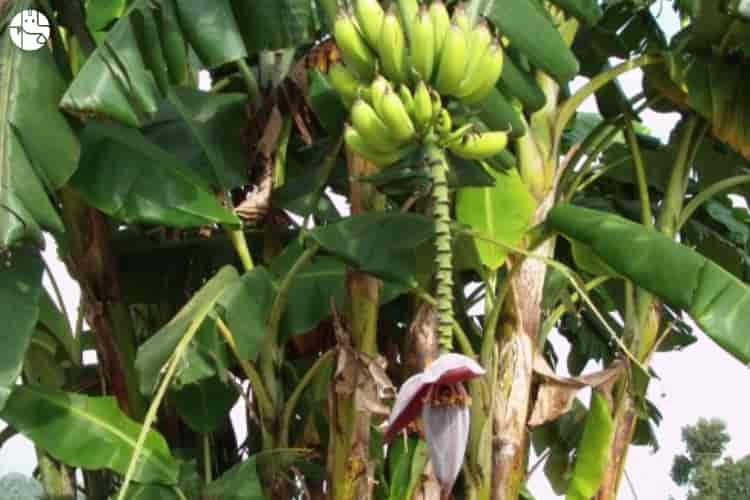 Banana fruit is one of the most popular fruits all over the world. It is highly beneficial to health and the most surprising thing is its significance in Hinduism. Banana tree and its leaves are considered holy and one of the most sacred in the Hindu religion.

What is the importance of trees in Hindu culture?

Hindu religion is inspired by many fascinating mythological stories and events and has meaningful ties with different elements of nature. There are many trees that are considered sacred and worshipped from ancient times. Our holy text and scriptures have an inclusion of plants and animals innumerable times for different instincts and reasons. The plants and animals have a direct relation with Gods and Goddesses and are considered important due to specific qualities.

Actually bananas do not grow on a tree. It falls in the category of perennial herbs with a trunk that is not woody. However, due to its appearance, size and structure it is regarded as a tree and it has a huge significance in Hinduism. The banana tree leaves, trunk, and fruits are considered sacred in the Hindu religion.

Reasons Behind Worship Of Banana Tree

The entire banana plant is considered sacred and it is known as ‘Kadali’ in the Sanskrit language. There are varied reasons why the banana leaves are considered holy in Hindu culture.

According to Hindu Mythology, Rishi Durvasa had cursed his wife as she interrupted his sleep. He cursed him to turn into a banana tree. Upon receiving the curse, she pleaded with her husband for a wish that she should be treated special and as a holy plant. Rishi Duravasa fulfilled her wish and since that day, the leaves of banana trees are considered auspicious and sacred in Hindu culture.

a) Planting banana tree according to astrology

b) Watering banana tree according to astrology

The banana tree should be worshipped and water should be poured into the roots while moving around in circles around it, nine times every Thursday. Practicing it every Thursday can help individuals get benefit from planet Jupiter. The roots of the tree are tied with yellow thread and worn on the index finger. The roots are said to give similar benefits of Yellow Sapphire and the individuals who can’t afford gemstones can also avail the benefits of the stone by wearing the roots of the plant.

It is a belief in astrology that if an individual has Mangal dosha in Janampatri, it can be removed by marrying a Banana tree. If Ketu is impaired in the horoscope, the individual should plant the tree for eleven Thursdays to get beneficial results.

The banana tree should be planted in the backyard of the home. The tree is worshipped while performing Kadali Vrat puja. The planting of a tree on Chaturthi of Shukla paksha in the month of Vaisakha, Magha, and Kartika is considered auspicious and individuals should nurture the tree until it bears fruit.