Ashoka tree: Importance and Benefits of a sacred tree in Hinduism 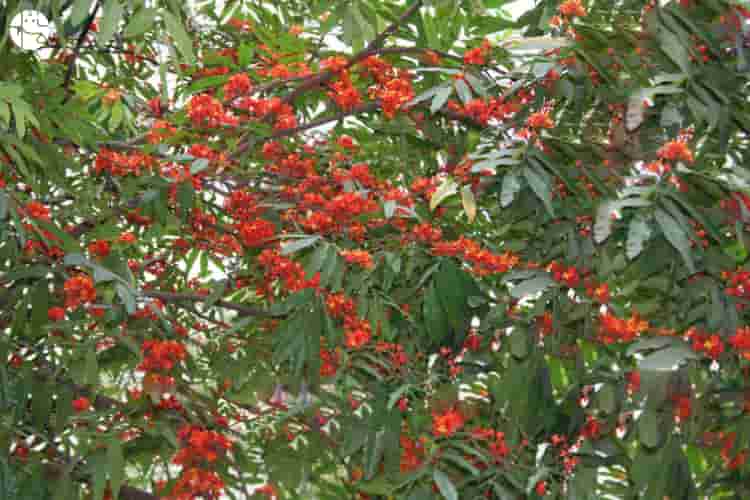 The original Ashoka tree or Saraca Asoca/Indica is a rainforest tree that has pleasantly rich foliage and covered with pleasing yellow-orange flowers. The bunches of flowers are bright, heavy and have soothing fragrance. The trees are mostly found in the foothills of the Himalayas, Deccan plateau and the Western Ghats.

Ashoka tree is considered a sacred tree in countries like India, Nepal, and Srilanka. The tree has a strong religious association with Hinduism and Buddhism.

Ashoka is a Sanskrit word which means “without sorrow”. The tree is acclaimed as woman-friendly as it can drive away all the pain and sorrow of the woman through its capability of gifting good health.

The tree is associated with God Kama, the God of love and is considered as one of the most sacred trees in Hindu culture. God Kama has included the flowers of the Ashoka tree among the flowers in his quiver which represent seductive hypnosis among the flowers. The tree is incorporated with Yakshi mythological being as the resident of Yaksha. It is found near the gates of the Hindu temple. The tree has become a standard decorative element of Hindu sculpture. The Ashoka tree is worshipped in the Chaitra month, the first month of the Hindu calendar by Hindus. In Ramayana, Sita Mata was brought in Ashoka Vatika, Lanka by Ravana. Lord Hanuman first met Sita Mata in Ashoka Vatika, the garden of Ashoka trees.

The Ashoka tree is worshipped in the Chaitra month, the first month of the Hindu calendar by Hindus according to Indian tradition.

Get a consultation from Your Personal Astrologer for an obstacle-free and successful life.