Shirdi Sai Baba and Sathya Sai Baba: How They Compare? 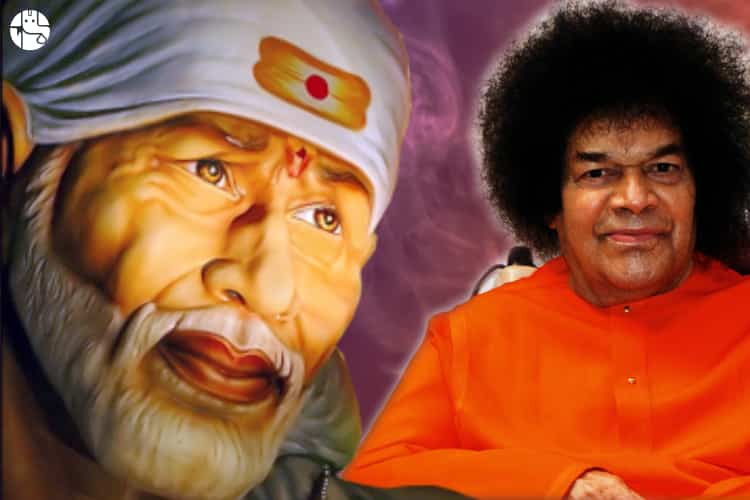 It is stated that divinity guides humankind in adherence to ethics and the practice of morality. Most of us know what is good and what is bad but we keep to the nice and the desired path only when there is a pull and propulsion from a force which is beyond the domain of the standard and the mundane.

Various religions have interpreted truth and divinity in their own manner, partly influenced by the geography and the social canvas from where they emerged. However, all of them have stated that essentially it is being good and doing good, which matters the most in human life. Well, there have been some eminent spiritual personalities who have very clearly and vocally denounced the differences between human beings and expressed the pre-eminence of universal love and bonding.

The two SAIs, the Sai Baba of Shirdi (also called Shirdi Sai Baba) and Sai Baba of Puttaparthi (also known as Sathya Sai Baba) represent forces in humankind who came to bring about universal moral and spiritual transformation. It is said that the purpose of the two avatars was to re-establish love and eliminate negativity from the collective human psyche. Do you want happiness and positivity in life? Ask our expert astrologer and get golden guidance.

While the history of Shirdi Sai Baba (his birth and early life) is shrouded in mystery and speculation, Sathya Sai Baba was born on November 23, 1926, in Puttaparthi village of Andhra Pradesh.

As per the records, Sathya Sai Baba declared his avatarhood when he was 14 years old. Indeed, one incident which changed the destiny of the small sleepy town of Puttaparthi (and later of lakhs of devotees across the world) was when one day Sathya Narayan Raju (a boy who had barely entered teens) came home from school, threw his books and said to his sister, “I am not your Sathya Narayan Raju, I am Sai Baba of Shirdi. My devotees are waiting for me; I am leaving.” This triggered the beginning of an era wherein Sathya Sai Baba’s popularity grew more and more, influencing the lives of millions and millions of people in India across the world. Sathya Sai Baba left his mortal coils on April 24, 2011, spanning a life of over 84 years, during which he touched numerous hearts and uplifted countless souls.

The Teachings Of The Two SAIs:

What are the similarities of Shirdi Sai Baba and Sathya Sai Baba?

Both the SAIs believed in love and devotion. Both of them stressed the importance of devotional acts like chanting God’s name, praying regularly, leading a God-centric moral life. Both the SAIs insisted on the purity of heart and goodness of actions (karma) & character.

Both of them denounced differences on the grounds of caste, creed, religion, nationality. Both performed miracles to draw devotion from their followers. There are numerous Shirdi Sai Baba and Sathya Sai Baba miracle stories. Both had come to transform humankind.

The core teaching of Shirdi Sai Baba was – Shraddha and Saburi. Shraddha stands for faith, while Saburi means patience. He said the practice of these two virtues could help conquer all the sorrows and gain unconditional happiness.

On the other hand, Sathya Sai Baba spoke about the cardinal human values in the form of Sathya (Truth), Dharma (Righteousness), Shanti (Peace), Prem (Love) and Ahimsa (Non-Violence).

But this difference is more a product of the time as, during the days of Shirdi Baba, we just needed national integration (Hindu-Muslim unity), but in the recent times, we need world integration (as globalisation is the flow now).

Sathya Sai Baba believed in absolute non-violence. The consumption of non-vegetarian food is totally barred in his ashram (Prasanthi Nilayam ashram in Puttaparthi). On the other, Shirdi Sai Baba allowed some of his devotees (Muslim faqirs) to consume meat at his place.

The Promise Of Prem Sai

The third and the last Sai, who will be known as Prem Sai will be born eight years after Sathya Sai Baba death as per his assurance given to devotees.