Why is shaving of the head an important part of funeral rituals? 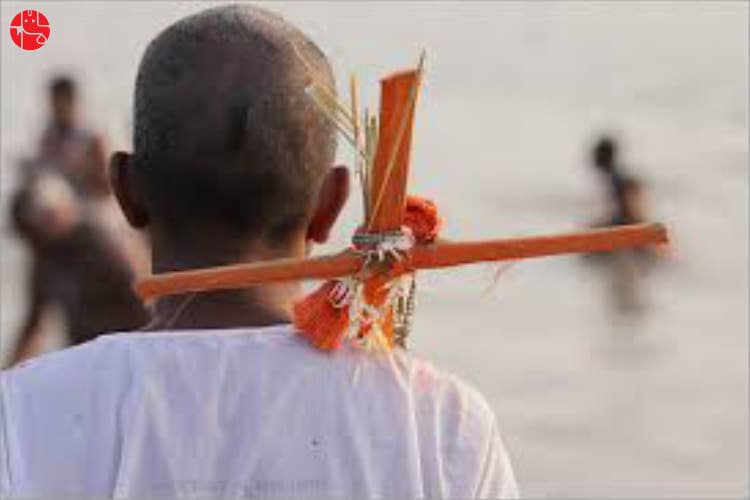 The time after the death or passing away of a person in India is given a lot of importance. As per the Hindu Holy Scripture like the Bhagavad Gita, it is believed that the soul of the person who has just passed away is on its way to the next level of existence. It is with an intention to help the departed soul in a peaceful crossover to that next level of his /her existence, that Hindus observe so many rituals after death. The family members observe a mourning period of thirteen days. The members prepare the favorite food of the deceased on the third, fifth, seventh, and ninth day after death. On the thirteenth day, Brahmins are served food, and the soul is said to leave the world peacefully. The funeral usually includes a ritual through which the corpse receives a final disposition according to the Hindu funeral ritual; the body remains at the home until it is cremated by the eldest son or some male relative of the deceased. The ashes are typically scattered at a sacred body of water or at some other place of importance to the deceased.

Absorption of such waves can result in distress such as severe headache. Men who actively participate in funeral rituals have greater chances of suffering. To avoid this, they must shave their heads completely. This Mundan ritual is also a mark of shedding their ego. When the elderly member is dead, the gap created by their absence might make them arrogant and mundan reminds them that they ought to exhibit their obedience giving off their egoistic tendency.

Can Astrology and Death be related?

Vedic Astrology can predict one’s death and other information pertaining to death, cause, the process, the timing and sufferings in between and post-death events as well. Lords of second, seventh and eleventh are natural maraka (killers) planets that cause death or death-like pain. Planets in those houses are also capable of doing the same. When the native is going through such mahadasa or antardasa of the above-said lords, death is a chance.

In Death Astrology, the Eighth house is the house of longevity. The Third house is the house enhancing the longevity, as per Bhavat Bhavam. The twelfth house for these houses of longevity is considered Maraka houses (second and seventh house) and their owners as Marakesh. Malefics in these (second and seventh) houses could also give death. Similarly, Malefics in relation (PAC) with third or eight (longevity) houses can also reduce longevity and give death. The ninth house is the house of protection while twelfth house (house of loss) from it gives death. Combinations of lord of third or eight associated with second or seventh lord including conjunctions, exchange, and aspect indicate death.

Let us Ask our expert astrologer more about it.

Only men shave their heads, why not women?

Death is inevitable! But with the correct rituals performed by the deceased family members, the journey from Earth to heaven will become peaceful for the deceased.

To know more, Talk to an Astrologer!