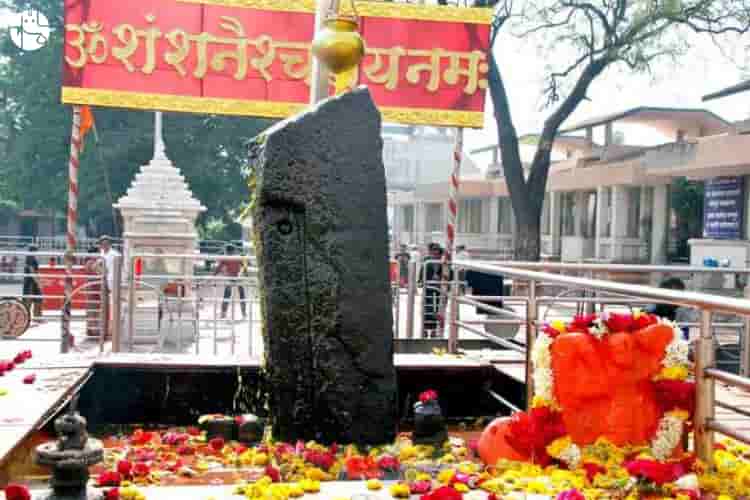 Let’s imagine a village where homes have no front doors, shops are always left unlocked, and locals never feel unsafe. Here is the story of the village without doors you won’t believe but exist!

Yes, this is the story of Shani Shingnapur in India’s Maharashtra state (Shirdi to Shani Shingnapur distance is about 65 km) which has no locks or doors. Seems unreal right? It is true! It’s quite amusing to visit a village in India where villagers eschew security because of their undying faith in Lord Shani, the god of Saturn, who is considered the guardian of the village.

Shani Shingnapur is popularly known as the village of no doors, no locks which fall under Ahmednagar district of Maharashtra. It’s known for its customary tradition of no doors for generations, which they practice towards their faith in the divinity of Lord Shani.

Legend has it that about 300 years ago, after a bout of rain and flooding, a heavy black slab of rock was found washed up on the shores of the Panasnala River, which once flowed through the village. When locals touched the 1.5m boulder with a stick, blood started oozing out of it.

Later that night, Shani appeared in the dreams of the village head, revealing that the slab was his own idol. The deity ordered that the slab should be kept in the village, where he would reside from here on. But Shani had one condition: the rock and its colossal powers must not be sheltered as he needed to be able to oversee the village without hindrance. Shani then blessed the leader and promised to protect the village from danger.

After the villagers installed the huge slab on a roofless platform in the heart of town, they decided to discard all doors and locks with the belief that Lord Shani is watching them and will keep them protected.

Ask our expert astrologer the remedies for Shani Dosha.

Locals are so nonchalant that they don’t even ask their neighbours to watch over their house while they are out of town. It is believed that if anyone would attempt a theft here or does anything dishonest, he faces a ‘SAADHE Saati’ (a period of seven-and-a-half years of bad luck). Bad luck will follow the family — court cases, accidents, deaths, losses in business. Local lore says that when one villager installed wooden panes at the entrance of his house, he met with an accident the very next day.

Check out if you are undergoing Shani Sade Sati and how it would affect you. Talk to our Astrologer!

Significance of the powerful Shani Shingnapur temple in the village

What once was a humble shrine has now become a huge iconic temple housing the deity of Lord Shani, kept on a raised platform in an open environment. This temple draws around 40,000 devotees every day to seek the blessings of Lord Shani. On Amavasya (the new moon day), the temple attracts over three lakhs devotees from across the country and beyond. A fair is held in honour of Lord Shani on the new moon day, and devotees bathe the idol with oil and water, offer flowers, and seek his blessings.