How Do Vaishnavism And Shaivism Compare? 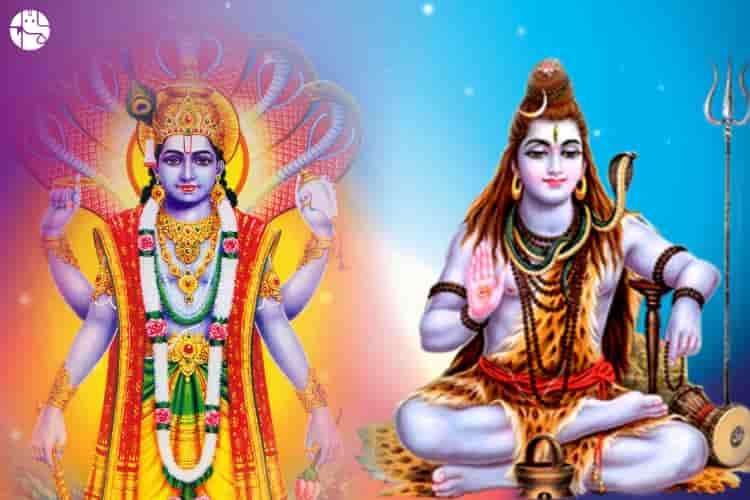 It is often stated that Hinduism is the most ancient amongst all the existing religions today. The primary religion of India was born with the creation of Rig Veda (which is believed to have taken place somewhere in present-day Afghanistan) in the 2nd millennia before Christ. Hinduism has traversed a long way since then to have become what it is today. To begin with, the struggle of Aryans against local Dravidians eventually resulted in the synthesis of the two cultures, which influenced the newly emerged Vedic religion in a big way.

Thereafter, significant developments brought about big changes in the nature and character of Hinduism like the coming up of Upanishads, the rise of Jainism & Buddhism, the influence of Islam with the coming of Muslims, the emergence of Bhakti & Sufi movements, the birth of Sikhism, the entry of liberal western education and ideas (along with the British rulers), strong socio-cultural reformations carried out in Hinduism (by tall leaders like Raja Ram Mohan Roy, Dayanand Saraswati, etc.) and the eventual independence of India from British rule in the year 1947.

While Hinduism has been and continues to be about synthesis and assimilation, there are factors which have created some or the other form of division over the last several millennia. And one of the divisions which has pre-existed in Hinduism is between Shaivism and Vaishnavism. While Vaishnavites (followers of Vaishnavism) worship Lord Vishnu (or his two reincarnations – Lord Rama and Lord Krishna) as the primary deity, Shaivites (followers of Shaivism) consider Lord Shiva as the Supreme God and worship him the most.

Origin Of Shaivism And Vaishnavism

Well, the division between Vaishnavism and Shaivism has been very old, maybe as old as Hinduism. It is believed that the conflict between the Aryans and Dravidians was expressed in the Vaishnav – Shaiv differences as Lord Vishnu is largely considered to be an Aryan God, while Lord Shiva belongs to the Pre-Aryan era and he is believed to have been worshipped by Dravidians much before the coming of Aryans.

While Lord Vishnu (including Lord Rama and Lord Krishna) stands for preservation and propagation, Lord Shiva holds the reigns for destruction and dissolution (and sometimes also creation). Thus, it is said that Lord Vishnu appeals more to the householders, those who are married and are taking care of their family members, on the other hand, Lord Shiva is more for the renunciants, seekers, sadhus, sanyasis or in other words, people who are seeking spirituality more fervently. It is an acknowledged fact that most of the Sadhus are inclined towards Shiva.

Well, Lord Shiva is about both, involvement and renunciation. He is a committed family man, living on the icy Himalayas along with his wife, Parvati and two sons, Ganesha and Kartikeya. At the same, he is not attached to the worldly possessions and is often performing meditation or various types of penance. On the other hand, Lord Vishnu is more actively involved in worldly activities as compared to Lord Shiva. Are you facing problems in life? Take the help of Your personal astrologer.

Vaishnavites Are Strong Vegetarians, Not All Shaivties Are

Shiva Is Also About Tantra

Hindu occultist (tantra) traditions mostly invoke Lord Shiva and in some cases certain Goddesses. Shiva is considered the God who presides over many occultist energies more than other gods. On the other hand, worshippers of Lord Vishnu are more into bhakti (devotion).

Well, pure Vishnu worship is less common now. Many people worship his two re-incarnations, namely Lord Rama and Lord Krishna (who are considered to be his seventh and eighth reincarnations respectively). On the other hand, Shiva has not acquired any significant reincarnation, so he is worshipped as himself but in a number of variant forms (regional variations).

Religious statisticians state that comparatively, the worship of Lord Rama and Lord Krishna is more concentrated in the Northern regions of India while Lord Shiva is more popular in Southern parts of the country.

The Venue Of Rameshwaram: The Symbol Of Vaishnav – Shaiv Unity

It is stated that Lord Rama had worshipped Lord Shiva at Rameshwaram (in modern-day Tamil Nadu) after winning the Sita rescue battle against Ravana, the king of Lanka. In fact, even Lord Shiva had responded to Lord Rama with lots of warmth and respect. Thus, the Shiva temple at this venue is considered to be a symbol of Vaishnav-Shaiv unity.

Similarities Between Vaishnavism And Shaivism

Today, the differences between Vaishnavism and Shaivism are much lesser. Most Hindus worship both Vishnu and Shiva. Both the gods are part of Hinduism and many of the rituals to worship them are quite similar.