Know How Do Sant Kabir And Guru Nanak Compare 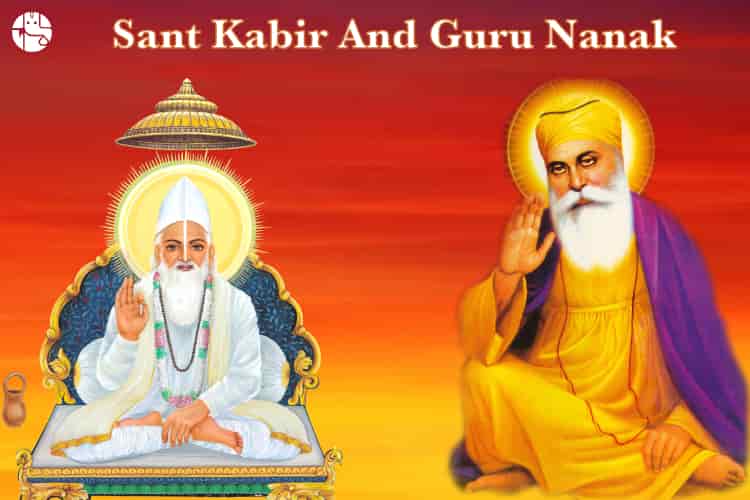 It is stated that the world shines with the power of goodness. It is the proper practice of ethics which prevents the humankind from splitting up and going to the dogs. Ethics keep the people gelled, it enables unity of minds and purpose, it promotes harmony and ensures fundamental uniformity. Ethics are promoted and enshrined in the peoples’ psyche by the interpreters of truth and transformers of human destiny.

Every nation and geo-political region in the world has had its share of truth and godly people, who have helped the local populace cope up with their sorrows and sufferings. Well, the history of India is also replete with examples of various religious-spiritual leaders who have taught the truth in different ways & methods and thereby added to the quality of human life besides enriching the world with new thoughts and ideas. Two prominent saints in the medieval India, who enjoyed and continue to enjoy massive following are Sant Kabir and Guru Nanak. These two saints brightened the destiny of countless people. You can know your destiny too. Buy the Janampatri.

Both Kabir and Guru Nanak were born and existed during medieval India when religious-social churning was at its peak. In fact, developments like the Bhakti movement, the emergence of Sufism, etc. were popular and were influencing the society in a big manner. It will be interesting to compare the two prominent religious saints Sant Kabir and Guru Nanak, to know where they conform and where they diverge. So, read on to know:

Guru Nanak (and the later 9 Gurus) formed a new religion. His followers came to be known as Sikhs (which means disciples in Punjabi, the primary language of Sikhs) and the new religion is called Sikhism. With the passage of time, Sikhism became an independent religion (incorporating the good points of both Hinduism and Islam) with their own scripture (Holy Guru Granth Sahib) and philosophical system. On the other hand, Kabir did not form a new religion. His followers are known as Kabir Panthis (meaning those who tread the path of Sant Kabir) but this is generally seen as a sect of Hinduism. Kabir philosophy is not remarkably distinct from the mainstream Hindu philosophical systems like Advaita Vedant.

Kabir strongly criticised certain religious and social evils (of both Hindus and Muslims), which according to him were not important or even detrimental to the spiritual growth of people. For instance, in one of his dohas (writings), Kabir speaks against the practice of idol worship, and in another, he disagrees with the high pitched volume being used while saying namaz. On the other hand, Guru Nanak teachings are strongly against the distinctions of birth (Hindu vs Muslim or the hierarchy of caste) but they did not denounce the prevailing religious practices so strongly.

The Variant Views On Vegetarianism

Sant Kabir was strongly for non-violence. In fact, he considered vegetarianism very important for spiritual growth. On the other hand, the primary and the overriding focus of Nanak was on God. He did not think that being a vegetarian was absolutely integral to being righteous. So, as per the teachings of Guru Nanak Dev ji, being a pure vegetarian is a personal choice.

The Mode Of Worship – Intense Devotion Vs The Yogic Technique

While a lot of emphases is laid on chanting the name of God and always keeping Him in mind in life and teachings of Guru Nanak, Kabir became a realised soul by the practice of Yoga, an ancient Indian technique to realise God. Thus, we see Nanak was more devotional while Kabir was more analytical in his approach.

Both Kabir and Guru Nanak were staunch supporters & promoters of Hindu-Muslim unity, communal harmony and national, social integration. In fact, both the spiritual giants strongly denounced any discrimination based on the birth of an individual (be it religion, caste, creed, ethnicity, etc.). Thus, both did not believe in the caste system. So, a person from any caste or religion can become their devotee.

Against Idol Worship And Unnecessary Rituals

Both Guru Nanak and Sant Kabir were against idol worship and unnecessary rituals, which were prevailing in Hinduism of those days. Both of them felt that God is without form and He could be achieved through the purity of heart and sincere efforts. Both rejected the multiplicity of gods and goddesses.

To solve the problems of your life, talk to an Indian astrologer.