Refusing your kids’ demands can be a tricky affair! 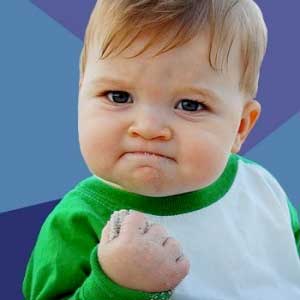 Kids will be kids, and their demands will never cease. Everyday they will come up with new demands, but many times many parents just can’t afford to fulfil all of those; nor is it judicious, even if they can afford to. Thus, refusing to fulfil a certain demand of your child can be a very tricky matter. You not only have to consider how necessary their demands are, but also how sensitive their natures are. Some kids can take a polite refusal in their stride, while others may go into severe depression. Their Sun Signs can throw a lot of light on such matters.

Aries: The Rams may be very self-confident kids, but they are also very independent, so saying ‘No’ to them should not pose much of a problem. But don’t take them for granted; they may try a circuitous way to get around to the same demand.

Taurus: The Bulls, as their nickname suggests, are very obstinate, and will keep on pestering you for the things they want even after you have refused several times, and at the end of the day, they will most probably have their way.

Gemini: The Twins are brainy and mostly more mature than their age may suggest. They may, at first, accept your refusal happily, but their ambitious nature will draw them back to the same demands from another angle.

Cancer: The Crabs are very sensitive, but can be equally cunning, and will probably get what they want through emotional blackmail and tears. Don’t fall for their games, and keep buying time till their fad for a particular thing passes.

Leo: The Lion kids are very moody, so you never can tell how they will take ‘No’ for an answer when they demand something. They can come up with ingenious arguments, but if you think the demand is unreasonable, find a way to make them see reason.

Virgo: The Virgo kids are usually a picture of poise, and even when they want something, it actually depends on how badly they want it. They may either accept your refusal unquestioningly, or, on the other hand, can sulk for days at a time.

Libra: The Scales, as their name suggests, are very balanced, even as kids. But as all kids, they too have their desires. However, if you think their demands are unreasonable, and you lovingly explain things to them, they will sportingly accept your decision.

Scorpio: The Scorpio kids can be extremely stubborn, and though they may not fly off into a rage when you say ‘No’ to their demands if you reason things out with them in the morning; they are quite likely to come back in the evening with the same demand.

Sagittarius: The Archer kids are very pragmatic, and will give you a very sympathetic hearing as you explain your reasons for refusing their demands, and after a little bit of resistance and arguments, they will fall in line.

Capricorn: The Goats are pliable and rarely, if ever, argue with parents when their demands are refused. They quietly accept your decision, but on the odd occasion they can put their foot down and demand that their needs be fulfilled ‘here and now’.

Aquarius: The Water-Bearers are very creative and idealistic kids. When they want something, they want it. Period. It is futile to reason with them. However, where logic fails with them, a strong shot of sense of humour is likely to succeed.

Pisces: The timid Fish kids are the trickiest signs to deal with. They are soft and sympathetic, so never be blunt with them in your refusal. In fact, you would be better off accepting a part of their demands and postponing the remaining ones indefinitely.