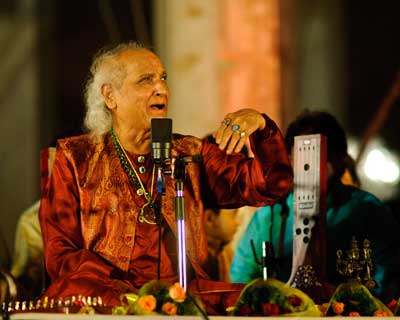 The Planetary Portrait of the Phenomenal Vocalist:

The Moon-Venus Conjunction:
This yoga is sure to bless a person with extraordinary brilliance in the field of music, fine arts and creativity and also a melodious voice, if this combination takes place in association with the 2nd House or its Lord.

The Sun Mercury Conjunction:
This Yoga is also known by the name of Budh-Aditya Yoga and is a Raja Yoga which blesses native with a fine understanding of the nuances of art and music and also with razor-sharp intelligence.