Neerja is a One in a Million Cases; Sonam Will Be Able to do Great Justice to the Role! 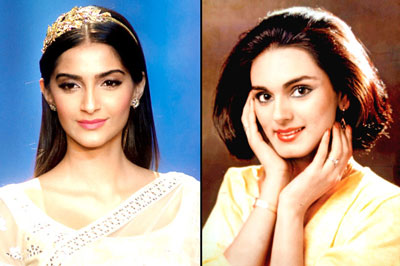 Neerja Bhanot is one of the most glorious, yet not a highly celebrated names in India! The fortitude and fearlessness displayed by this woman, with a heart of gold, got her international recognition and admiration. Such was the courage and presence of mind displayed by her that, she became the youngest person to receive the Ashok Chakra. Sonam Kapoor will be seen portraying her character in the upcoming biopic on the valourous flight attendant of the PAN AM Flight. What planetary combinations are required to possess such fortitude as the daring lady and what may have been the astrological picture on the day of her untimely demise? Will Sonam Kapoor be able to do justice to the role in the upcoming biopic? Find out the answers in this exclusive article, which is more of a tribute to the glorious Neerja Bhanot!

[Owing to the unavailability of credible birth-time of braveheart Neerja, the analysis and predictions have been done on the basis of the Solar Chart/ Surya Kundli with the help of her birth-date and birth-place only.]

1) What are the prominent planetary placements that made Neerja such an amazingly courageous person, with such great presence of mind?

2) What would have been the planetary configurations on the day on which the horrifying incident took place in the Pan Am Flight 73 on September 5, 1986, that may have resulted into the sad death of Neerja?

3) Will Sonam Kapoor be able to do justice to this role?

[Owing to the unavailability of credible birth-time of the Sonam, the analysis and predictions have been done on the basis of the Solar Chart/ Surya Kundli with the help of her birth-date and birth-place only.]

Ganesha wishes well for all!