Know about the zodiac signs that often have double standards 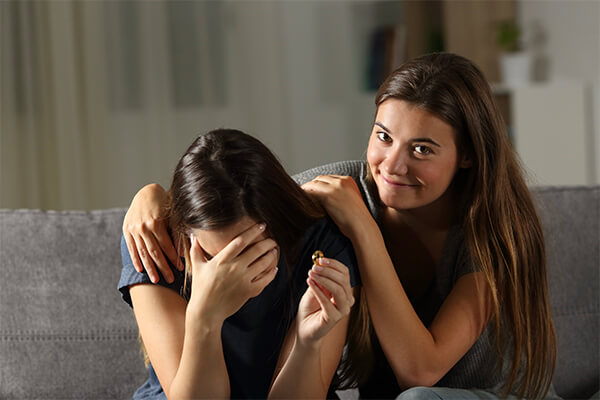 If someone gets a target in the office and it is not fulfilled by any employee, then he starts making things or pretends to get the work done. In real life, we all do false hypocrisy at some point or the other. Sometimes some people also keep double standards about something. He himself is like this and inspires others with his double standards. Sometimes our behavior is also decided according to our zodiac sign. The qualities and defects of the zodiac in which we are born play a big role in determining our behavior. Today we will talk about some such zodiac signs who often have double standards.

In all the 12 zodiac signs of the zodiac, Sagittarius talks very diplomatic things. They often have double standards in their words. While doing all this, they remain so comfortable that it becomes difficult to guess what is going on in their mind. They can go to any extent to get their work done. Often, while talking in a normal way, they twist their point in such a way that the people in front do not even know about it. They want to keep themselves in an important role by any means and for this they keep on referring to imaginary behavior or event at times. They do not give much importance to the words of others in front of themselves.

Gemini – Influence others with your words

Gemini is an air sign. They like to flow. When Gemini people set a goal to move forward, they often fall into their own double standards. They also influence others with their words. Sometimes they make a different kind of pretense to get ahead of others. They do all this so innocently that others get caught in their emotions. However, due to having double standards, sometimes Gemini people also get caught in some confusion. The people of Gemini zodiac are influenced by Mercury and they are expert in making different types of things.

Pisces people are very fictitious at times. They consider their own imagination as reality and act accordingly. In doing so they create their ideology through both reality and their imagination. To get others to do their work, they create such hypocrisy of lies that many people get trapped in it. They always resort to one or the other lie to impress others. Many a times, for them, the saying like a knife beside Ram in the mouth fits perfectly.

Libra sign people sometimes resort to lies or hypocrisy to strike a balance. However, most of them do not have to take advantage of any big opportunity behind doing it this way. Libra sign people do everything in balance. They never harm others. However, they are unable to judge so quickly who is right and who is wrong in a situation. While searching for a solution to this question, they get caught in some double standard. It is not their only thing to get out of this double standard.

Virgo sign people can create hypocrisy to any extent to make themselves look perfect. Although they learn from their mistakes and come up with new strategies to move forward, they never admit their mistakes in front of others. At times they set a double standard for themselves. When someone is caught by their pretense or say double standards, they get very furious. They are not ready to accept that they are manipulating some fact.