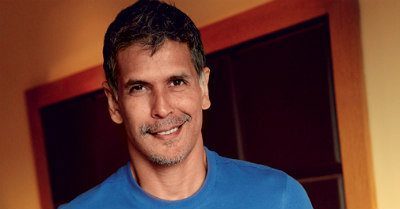 The ‘Ironman’: Milind Soman just completed the toughest triathlon in Zurich! The triathlon includes a 3.8-km swim, a 180.2-km cycle ride and 42.2-km run raced in that order without a break which the participants are required to complete within 16 hours to win the title of ‘Ironman’. The 50-year old Milind Soman completed the triathlon in 15 hours and 19 minutes. Isn’t it unbelievable and breath-taking to see a 50-year old guy achieving such feats? He has literally defied all the barriers and has amazingly proved that age is just a number and it cannot be a hindrance to achieve any goal! This is just amazing! So, Ganesha couldn’t resist taking a look at his stars and understanding what are the Planetary Combinations that have helped him achieve such an awe-striking feat! So, let’s see what Ganesha has to say…
Milind Soman:- Actor and Model
Date of birth :- 04th November, 1965
Birth Time :- Not Known
Place of Birth :- Edinburgh, Scotland

Astrological Predictions:
1) What do the stars indicate about the once-famous model/actor and fitness freak?

2) What are the tremendous planetary influences that have enabled Milind to achieve such an amazing feat?!

3) Will his career and popularity get a boost because of this feat?

Ganesha wishes good luck to the Actor, Model and now the ‘Ironman of Triathlon’ – Milind Soman and hopes that he is able to achieve greater glories in the coming future!