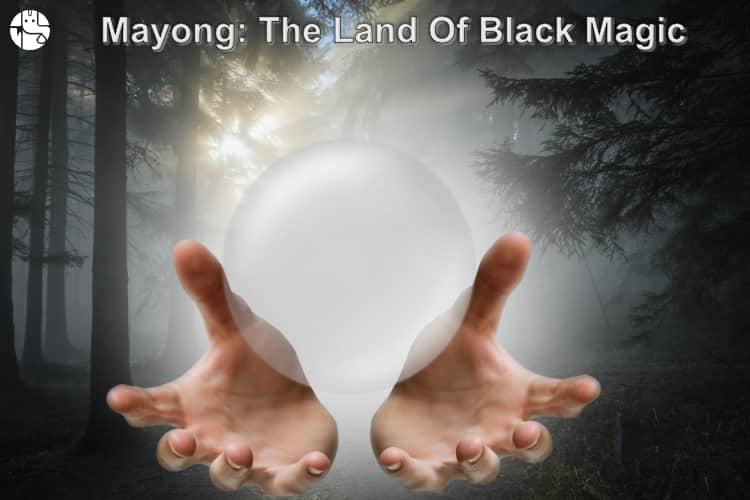 There are many black magic areas in India. One of them is Mayong – India’s capital of black magic. Curious to find out why Mayong is called as the ‘Land of Black Magic’. Here’s everything you need to know about this mystical place.

How Mayong got its name?

This place also celebrates a unique festival called the Mayong-Pobitora, which celebrates the astonishing fusion of magic and wildlife. This festival is celebrated for continuous three days in the month of November every year. In this festival’s evening, there is a magic show performed by the local magicians of Mayong. The main purpose of the festival is to expose the great traditional cultures of Mayong in front of the world and to protect the Pobitora reserve forest from mobs.

About Mayong And Mythology

The little village of Mayong finds a place in many mythological epics, including the Mahabharata. Chief Ghatotkacha of Kachari Kingdom took part in The Great Battle of Mahabharata with his magical powers. It was also said about the Mayong that the saints of black magic and the witches take shelter in Mayong forest till now.

The History Of Mayong

Many tales of men disappearing into thin air, people being converted into animals, or beasts being magically tamed, have been associated with Mayong. Sorcery and magic were traditionally practised and passed down over generations. Though there’s no clear evidence to all of this, the locals and elderly people here claim that they themselves have seen such things happen in Mayong and therefore, regard these stories to be true.

One such story is of Muhammad Shah and his army. It is said that during war times in the 1330s, Muhammad Shah’s 100,000 horsemen disappeared near Mayong due to black magic and witchcraft and not a single trace was left behind.

The number of practices was carried out here, out of which Narbali, or human sacrifice, was the most prominent one. Narabali or human sacrifices were carried out in connection with the worship of Shakti until the early modern period. Recent excavations in Mayong have found swords that were used to kill humans, centuries ago.

The Magic Of Mayong

Mayong is famous for its magical element all over India. In this area, people who have knowledge about the black arts, also known as Mayong Tantrik use to serve the people by using their magic to treat the diseases.

Right from palmistry to curing your back pain, these people can do it all. These people even use a black magic cure for your back pain and remove it within minutes by just placing a copper plate on your back and chanting some magic mantras. In case a person is suffering from severe pain, the plate would then overheat and smash onto the ground. People here also claim that many chronic diseases have been cured in Mayong by black magic.

People who practice these dark acts are also referred to as Bez or Ojaa, and it is often believed that these people often keep ghosts as assistants.

Want to determine if you are under the curse of Black Magic? Talk to our astrologer now!

Today if you visit Mayong, you would find a lot of people who have the ability to perform some unbelievable magic tricks. The village has a number of artefacts and archaeological relics, along with some books on ancient Ayurveda and black magic remedies, which can be found in the Mayong Central Museum and Emporium. You can even interact with the local people, learn some stories or discover a few magic tricks.