How Terrible Mangal Dosha Could Be? 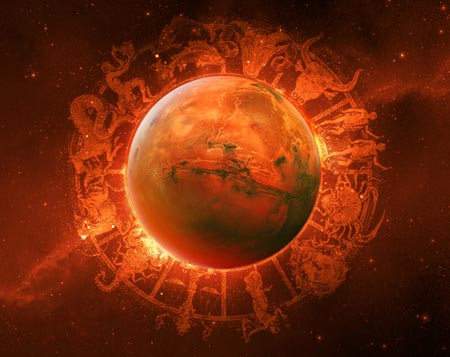 Mostly people think that Manglik Dosha is dangerous but that is not the fact. There are twelve Houses in a Horoscope and if Mars is in the 1st, 2nd (according to some astrologers of South India), 4th, 7th, 8th or 12th House then it’s said to be Mangal Dosha. So, out of 12 Houses, there are 6 houses where the position of Mars is said to cause Manglik factor. Hence the ratio of Manglik and Non-Manglik is 50:50 (If you exclude the 2nd House then it becomes 60:40).

Actually, Mars is a planet of boldness in nature. It gives dominating, aggressive and quarrelsome nature to the person. When it aspects or presents in the 7th House then it produces a quarrel between the husband and the wife. It is a planet of over sex drive as well. These all factors reduce the peace in married life. A common notion is if there is a Mangal Dosha in a Horoscope then the partner will die – it is absolutely non-acceptable. In such a case the Mars is heavily afflicted and there are more than two afflictions to 7th House.

All these combinations may reduce the affliction to some extent but cannot nullify it.

Actual reduction of affliction can be done by the Matching of the Horoscopes of the boy and the girl with respect to the placement of Mars according to the Ascendant, the Moon and Venus respectively. There are many more factors to be considered while matching the Birth Charts for marriage purposes.

The above results are based on the facts that are brought out after researching on many Birth Charts practically.

Do you need assistance to find out if the prospective partner is the right match for you?

Get Kundli Matching service now! It’s based on your Natal Chart, and hence you will get a personalised report from an astrological perspective.