Know The Reasons Why Lord Brahma Is Not Worshipped 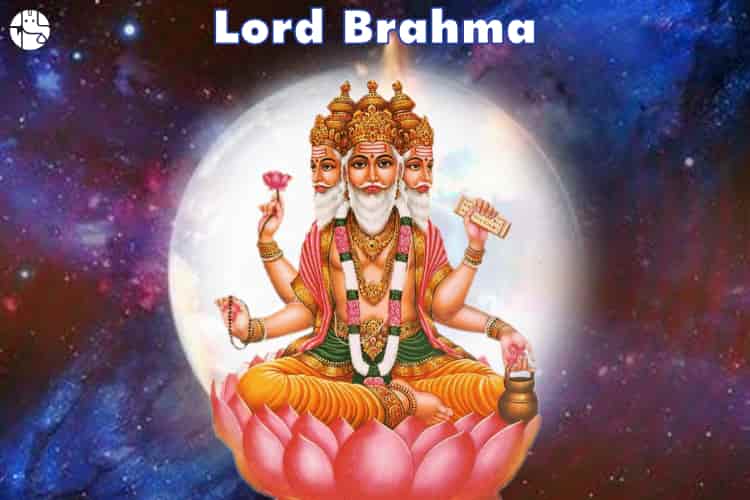 Religion is usually called a vast reservoir of ethics, rituals, mythology, philosophy, belief system and faith. Many say that happiness can not happen without ethics which in turn can not get firmly rooted without the inclusion of religion. The fact that religion takes on sorrow & suffering straight & direct and suggests ways and methods to accomplish perpetual happiness speaks volumes about the significance of religion in our day to day lives. Religion is helpful. And so is Astrology. If you have problems in life, Ask our expert astrologer.

Well, there is lots and lots in religion which can be used to improve not just our lives but also enrich the thought process and create a better world. In fact, every religion has something new and different to offer. Well, among the various aspects of religion, mythology occupies a very prominent position. Mythology is about symbolism, imagination, enrichment, expansion of consciousness. Like many other religions, Hinduism too has a very vast record of history and legend. And one of the most interesting aspects of Hindu legends is that the worship of the creator God Brahma is largely prohibited for the followers.

Very Few Temples Of Lord Brahma In India And The World

Well, Lord Brahma has been a predominant God in the Hindu pantheon as per the concept of God in Hinduism. He is a part of the Hindu Trinity, wherein Brahma acts as the creator (of Universe), Vishnu is the preserver & protector, and Shiva carries out the dissolution and ends the existence by bringing in the Mahapralay (the ultimate Doomsday). While Vishnu and Shiva are very popular amongst the people, numerous temples exist for them in India and several other parts of the world, the worship of Lord Brahma is largely prohibited. Thus, there are hardly any temples of Lord Brahma, with the exception of a temple in Pushkar, Rajasthan (and a few temples in South India) which is dedicated to Lord Brahma. Read the following to know why Lord Brahma is not worshipped:

The Creation Of Shatarupa

As per the Hindu tradition, Lord Brahma created the Universe, and along with it, he also created a female deity called Shatarupa, who could acquire a hundred forms. Shatarupa was very beautiful. Brahma got infatuated with her and continued to stare at her wherever she went. This behaviour does not befit a God, who ought to be full of divine qualities and not be attached to his creation, as per Lord Brahma facts.

Shatarupa got very embarrassed by his gaze & intention and tried to escape his eyes. However, in whichever direction she went, he turned his attention there. In fact, he added one head in every direction to look at Shatarupa; thus, he came to have four heads. This frustrated her all the more, and Shatarupa jumped high in the sky. But Brahma sprouted one more head at the top to continue looking at her; thus, he got the fifth head.

Brahma felt a deep connection with Shatarupa and became possessive about her. This lower and indecent behaviour on the part of Lord Brahma angered Lord Shiva. So, Lord Shiva condemned Lord Brahma and chopped his fifth head as a punishment for Brahma’s unacceptable behaviour towards his creation. Brahma was attached to temporary things (external beauty) and ignored the permanent reality, the soul. He turned materialistic from spiritual. Thus. Lord Shiva cursed Brahma not to be worshipped.

The Second Legend From Shiva Purana

As per the second legend (in Shiv Purana), there was a competition between Brahma and Vishnu as to who is superior and who should be worshipped first. But Brahma adapted a wrong method in this competition, he spoke a lie and tried to trick Lord Vishnu. When Shiva came to know about this, he was enraged, he cursed Brahma and rendered him not to be worshipped.

The Logical Explanation To Brahma’s Failings

Now, let us see the logical reason why Lord Brahma is not worshipped. Everything belongs to nature. Nothing belongs to an individual as everything is made and done by nature. We are just the medium or instrument. So, if we create something, it is not our possession. If we perceive ownership over something, it is not real, and it is bound to give us miseries, worries, tension, anxiety and suffering. That is what Lord Brahma did after the creation of the Universe and Shatarupa. He developed a sense of ownership over her, which is unbecoming of a God. Thus, Lord Shiva stripped him of worship ability.