Know What Does The Hindu Tradition Say About Life After Death 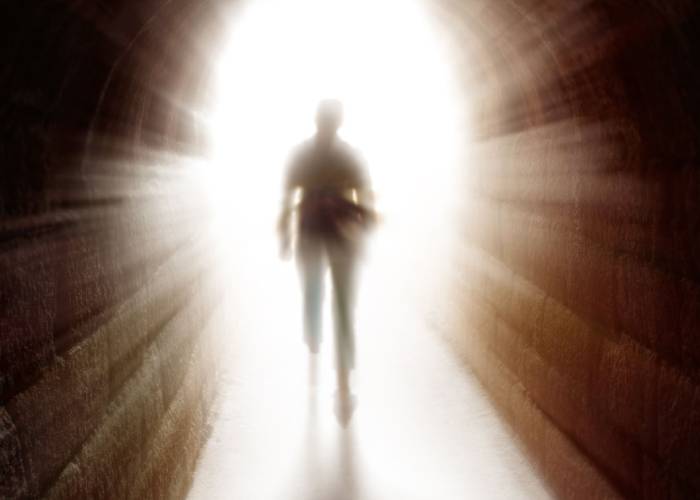 It is said that life is full of mysteries and complexities. There are so many uncertainties in life, we can never predict everything with 100 per cent accuracy. For most people, life presents so many challenges and difficulties that it becomes really tough to enjoy life all the time. However, it is believed that beyond all the sufferings, there exists inside us a huge reservoir of peace and happiness, whose substance is drawn by the mind and which helps most people sustain with life even in the face of grave difficulties.

It is believed that life is beyond what can be seen and observed. Several religious traditions, philosophies and spiritualists opine that life doesn’t end with physical death. There is a core essence in every individual which survives his/her mortal end. This essence is known as Atma, Soul, Spirit or Ruh in various traditions. All the major spiritual-religious systems believe in an after-life, that is the journey of the soul after it gives up the mortal coil. Well, the Hindu tradition too talks at length about what happens to the soul after it departs from the body.

Is Death A Gateway To A Better Life?

Death is the separation of soul from the physical body. Death becomes the starting point of a new and better life. Death does not end your personality and self-consciousness. It merely opens the door to a higher form of life. Death is only the gateway to a fuller life. Birth and death are juggleries of Maya. He who is born begins to die. He who dies begins to live. Life is death and death is life.

Souls are of two kinds viz., the individual soul or Jivatman or the human soul, and the Supreme Soul or Paramatman. The soul is the spirit. It is immaterial. It is intelligence or consciousness. The individual soul is reflected Chaitanya. It is this individual soul that departs from the body after its death and goes to heaven, with the senses, mind, Prana, impressions, desires and tendencies. It is endowed with a subtle astral body when it proceeds to heaven.

(Translation: “No weapon can cut the soul into pieces, nor can it be burned by fire, nor moistened by water, nor withered by the wind.”)

The Soul Just After Death

As per the Hindu tradition, the soul accompanied by the chief vital air (Mukhya Prana), the sense-organs and the mind and taking with itself Avidya, good and evil actions and the impressions left by his previous existence, gives up its old body and obtains a new body. When the soul passes from one body to another he is enveloped by the subtle parts of the elements which are the seeds of the new body. Do you want to know your future and improve your life? Buy the 2019 Highlights Report.

The Soul Goes To Other Worlds To Eventually Return To Earth

When the Karma, which gave the soul a birth as a god in heaven, is exhausted, the remaining Karma, good or bad, brings him back to the earth. Otherwise, it is difficult to explain the happiness or misery of a new-born child. It is believed that the soul has a vision of the body to come. Just as a leech or caterpillar takes hold of another object before it leaves its hold of an object, the soul visualises the body to come, before he leaves the present body.

The Pursuit Of Heaven And The Goal For Salvation (Moksha)

The idea of rebirth evolves in the Upanishads and fully expressed in the Puranas. While the Vedic householders believed performance of yagna and worldly duties (dharma) took one to heaven, the Vedic hermits spoke of the karma theory, of immortality, of uniting the individual self (atman, jiva-atman) with the cosmic self (Brahman, Param-Atma) through meditation (dhyana), austerities (Tapasya) and various social, mental and physical exercise (yoga).