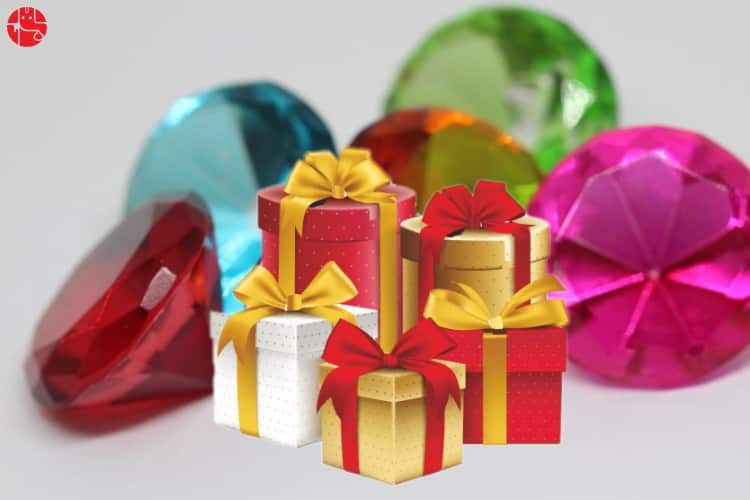 Gemstones have always captured the hearts of people due to their captivating beauty and magical powers of interacting with the planets to bring abundances in lives. Adorning a gemstone has a lot of meaning and emotion for a person as it is backed with great trust and belief.

Gemstones are said to bring great positive energy which they derive from the planetary positions and communications. The whole play of energies is immense to the human mind.

Gemstones are no longer worn only as pieces of jewellery to make fashion statements. It is time, due to increased awareness and technology people have awakened to the astrological benefits linked with them. Astrology has given umpteen pieces of evidence and pretexts which support the fact that real gemstones are sources of luck and prosperity. The mystical powers of these wonders of nature have brought happiness, and mental stability in the lives of some while opened doors to untold wealth in others.

Gemstones enjoy special eminence in Astrology wherein they are described as merchants of luck and fortune. Astrology sees them as potent solutions which help an individual (the native or wearer) to tide over tough phases of life. Gemstones are often suggested by the astrologers as per the planetary positions in the birth chart. It is only after a thorough analysis of the birth chart can an astrologer suggest the right gemstone which will bring in growth, good health, and prosperity.

Here are some Gemstone Wearing Rules as Spelt by Astrology:

1. Quality: There is a great variety of gemstones available and even two gemstones of the same weight and attributes can be differently priced due to their astrological significance. Hence comparison between different grades is highly important.

2. Colour: Gemstone quality they say is hidden in its colours and clarity. The colour has three significant characteristics, namely the hue, saturation, and the tone. Each has to be adhered to when addressing quality issues.

3. Origin: Not every gemstone is precious, and a lot is also dependent on the fact from where it has been unearthed. Some places are known for premium quality gemstones which command more price. These not just satisfy the quality criteria but are also of good Jyotish quality.

4. Treatment: Gemstones undergo many treatments in order to improve their appearance, but astrology places more value on non-treated gemstones.

What are the key benefits of Wearing different types of Gemstones?

Every gemstone has a special benefit linked to it.

Gemstones which are worn for wealth and prosperity, especially in tough financial situations are:

1. Blue Sapphire: For individuals who are said to be undergoing the wrath of Saturn, Blue Sapphire works wonders and brings in untold fortunes and wealth beyond measure. It is said to keep the negative influence of Shani or Saturn at bay.

2. Yellow Sapphire: A highly powerful stone to attract more wealth, someone who wears yellow sapphire will attract wealth in almost every life endeavor. It is said to be worn in the index finger.

3. Peridot: It is said to be extensively used by the Pharaohs in Egypt and is said to increase the way wealth is created highly. It helps in removing the indebtedness of a person.

4. Emerald: One of the prettiest gemstones, it is said to raise the thinking skills, especially in making high-level transactions. It is said to stimulate the flow of wealth.

5. Garnet: The garnet’s ruling planet is Rahu and thus wearing one helps in poverty alleviation and attracts wealth.

Ask our Astrologers by wearing which gemstones would give you name, fame and wealth in society?

Gemstones which are worn to deal with health conditions

History is replete with examples when gemstones have been instrumental in curing ill-health. Every gemstone is endowed with highly specific health benefits.

1. Yellow Sapphire: It is ruled by Jupiter and is said to possess healing properties against diseases like cholera and jaundice. It is also said to be useful against piles.

2. Ruby: It is said to be useful against diseases related to blood and is also helpful in boosting the immune system of the body. It is helpful in healing tetanus as well.

3. Diamond: It is said to possess miraculous positive properties and remove all the negative thoughts of depression. It increases vigor and energy.

4. Pearl: They are known to bring mental peace and balance of mind in addition to many womanly issues.

5. Emerald: It is helpful against kidney diseases and also improves physical strength. It is helpful in curing various nervous system problems.

Talk to our Indian Astrologer about prediction of your health condition in future and which gemstone you should wear to overcome those conditions.

The healing properties of the gemstones are said to be based on energy chakras of our bodies which are present along the spine. Each chakra is said to have a particular colour which is instrumental in striking a balance between mind, body, and soul to lead to a feeling of wholesomeness.

The energies of these chakras can get disturbed due to either physical, emotional and mental stress conditions. One has to constantly ensure that there is continuous production of positive energy in the body and the balance of the chakras is never disturbed. The gemstones help to maintain a balance of these energies.

As seen above, gemstones come blessed with amazing powers which help to make our lives more enriched and positive. However, there are many incidences when people complain as they are not able to feel any difference in their lives due to gemstones and end up stating that the gemstone is fake.

The most vital aspect which takes a hit is the faith one has placed in the gemstone which is shaken. It is thus immensely imperative to understand that gemstones work and are able to interact with the planetary energies only if they are worn in the right manner and in the right finger after the recitation of the associated mantras.

This is also referred to as activation of the gemstone without which it is just another beautiful piece with mere aesthetic value.

Here is a brief outline of some prominent gemstones and the way they should be worn:

1. Garnet: Being ruled by Rahu, Garnet has to be washed with Gangaajal before wearing, and one also has to recite the appropriate mantra associated with Rahu 108 times. After the prayers are over, one has to donate a black and white cloth or blanket to beggars.

2. Ruby: This is ruled by the Sun and has to be again washed with Gangaajal followed by reciting the Surya mantra 108 times. After the above is over, red lentils have to be donated to the poor. It is also said that one has to offer water to the Sun for maximum benefits. Any remaining Ganga Jal has to be given to plants or can even be put in a running river or stream.

3. Cat’s Eye: This is ruled by the shadow planet Ketu. It again after washing with Ganga Jal has to be followed by recitation of the Ketu mantra. Curd is offered during the pooja. Sesame or rice has to be donated to poor people.

4. Blue Sapphire: Blue sapphires along with the ring or even the pendant in which it is studded has to be dipped in a bowl or container filled with Gangaajal and Blue flowers. to recite the Shani mantra then 108 times. Til rice as Prasad has to be offered after the piece of jewellery has been adorned. Black cloth has to be donated to the poor. The Ganga Jal as before should be either given to plants or put in running waters of a river or stream.

5. Emerald: The stone is ruled by the planet Mercury. It has to be washed with Gangaajal, and the associated mantra has to be recited 108 times.

6. Opal: It is ruled by Venus and is worn after the Opal is dipped in a bowl containing one spoon honey, curd, tulsi and ghee for 10 minutes. Post which the linked mantra has to be recited 108 times. The ring is then taken out and washed with Ganga Jal.

Gemstone astrology suggests many benefits of wearing gemstones only if they are of the Jyotish quality and have been worn after clear recommendation by the astrologer after referring to the birth chart.

They have brought success, good health, and abundances to all who have followed the right ethics and technique, as suggested by astrology. In addition, one has to take special care of the clarity, colour, price, and origin of the gemstone before making a purchase.

India has a huge market of fake gemstones which are sold at even higher prices than the authentic ones. So, one has to take care to buy them only for authentic merchants or online and with proper certifications.

Gemstones have the power to change your life provided you make the right choice suggested by astrology and not go by instincts.

For free gemstone recommendation in Vedic Astrology, you may contact to Our Expert Astrologer.