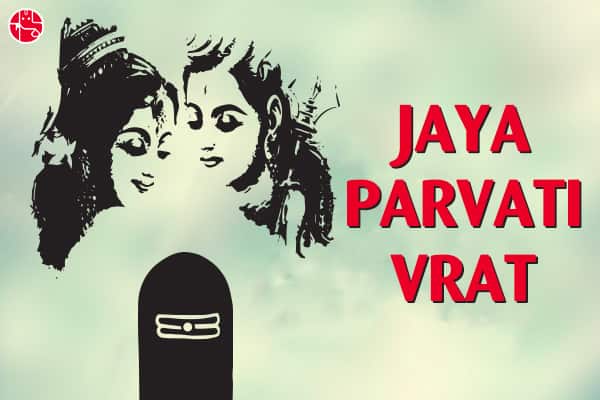 Jaya Parvati vrat is observed in the month of Ashada. People in Gujarat observe this fast with much religious fanfare. Unmarried girls fast on this day and pray to Goddess Parvati to bless them with a good husband.Married women stay awake on the night of the last day of the vrat. Jaya Parvati Vrat is also known as Gauri Vrat, which starts on the 13th day in the Shukla Paksha (waxing phase of the moon) in the month of Ashadha (5th -10th July, 2009). A partial fast is observed for five days.Legend behind observing Jaya Parvati VratOnce upon a time, there was a Brahmin couple. The husband and wife, who were devotees of Lord Shiva, led a materially content life, but were childless. It is believed that one fine day, Lord Shiva, who was pleased with the couple’s selfless devotion, appeared before them and made a revelation. He said, My Shivlinga is at a certain place in the jungle, lost and revered by none. If you both go there and perform its puja, your wishes will be fulfilled.The Brahmin couple was overjoyed when they heard this. They went to the jungle and found out the Shivlinga. But, when the husband went in search of flowers to perform the puja, he was bitten by a snake.The Brahmin’s wife, who was worried by now that her husband hadn’t returned, went in search of him. Upon finding him dead, she wailed loudly, and prayed to Lord Shiva. Happy with her prayers, Bholenath brought her husband back to consciousness. Later, the couple prayed at the linga and were soon blessed with a son.Hence, Jaya Parvati vrat is observed keeping in mind this story of a courageous and devoted wife who prayed so diligently that even God had to grant her her wish and bring her husband back to life.

When observing Jaya Parvati vrat, one cannot eat salt, wheat or wheat products, and vegetables. It is believed that Jaya Parvati vrat brings happiness and blesses the girl with a good husband and a happy married life.

On the first day of the vrat, wheat seeds (javaar) are planted in a small bowl/pot and kept by the temple in the house. Prayers are then offered to the javaar pot. A ‘nagla’ (a necklace made from cotton wool) is decorated with vermillion (kumkum). This ritual is carried out every morning and the wheat seeds are watered.

On the last day, the women who have observed the fast offer prayers at Mataji’s temple and break the fast by eating a full meal consisting of salt, chapaatis made of wheat, and vegetables. On the 6th day, after taking a bath, the wheat seeds (javaar) are taken out from the pot and planted in the garden.