It may be a mixed bag for Iran, Says Ganesha, but foresees great progress ahead for the country… 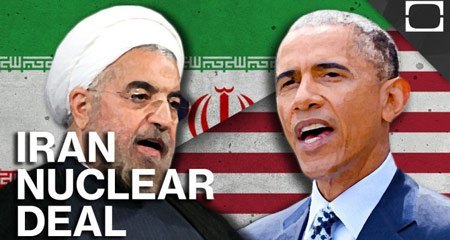 The Iran Nuclear Deal has been creating a lot of buzz and headlines around the world, with some parts hailing it is as a landmark move while some others are fiercely criticising it, citing potential dangers in the already violent and turbulent Middle-East. A group of nations known famously as the P5+1 which constitute the permanent members- America, France, Britain, China, Russia and Germany have come to an agreement to sanction controlled nuclear powers to Iran. The first five are all permanent members of the UN Security Council. Germany is there because it was part of an EU3 including France and Britain, that held an earlier series of negotiations with Iran. This makes for a very interesting dialogue, discussion and debate. Various experts in the fields of geo-political strategies, diplomatic-relations, foreign-affairs, nuclear energy affairs, political strategy, etc are either penning a lot of articles and columns, presenting their interpretations and observations about the deal or alternately pouring out their views and analysis in the ocean of debate which is going on about the pros and cons of the agreement. But what do the planets have to say? What do the planetary configurations indicate? Are you curious to know the astrological perspective to this event? Who else knows better than Ganesha! Let’s check out the analysis of the great Lord who knows it all…

2) Mars+ Sun and Mercury transiting in the 3rd House

3) A double-transit phenomenon being caused in the 5th House, because of Jupiter transiting over Leo and Saturn aspecting the sign of Leo.

Jupiter’s transit in Leo over Natal Rahu-Saturn and the Jupiter-Saturn ‘Double Transit Phenomenon’ in Leo: A blessing for Iran
Ganesha observes that, currently a very interesting phenomenon is being caused in the chart of Iran as Jupiter, who happens be the 9th House Lord (Fortune) is transiting over the natal Saturn and Rahu, who are posited in the 5th House in the sign of Leo. In Astrology, Rahu is the planet that represents Nuclear energy and fuel; all the aspects related to Nuclear-Atomic energy come under the jurisdiction of Rahu. And, Saturn is the Planet who signifies oil and crude oil. So the transit of Jupiter is activating both these Planets and the matters that they represent and has already bestowed Iran with a great blessing in the form of this nuclear agreement and further, Iran is sure to benefit significantly because of its strength in the field of Oil. Moreover, Vedic Astrology supports a cosmic phenomenon called the Double transit phenomenon between Jupiter and Saturn, as Jupiter is occupying the sign of Leo and Saturn is aspecting the same. This phenomenon always helps to materialise the possibilities that a House beholds. Ganesha notes that also Venus is traniting over the Sign of Leo along with Jupiter. This adds more power to the existing phenomenon.

Mars-Saturn-Rahu – a mutual relationship ensuring Nuclear Strength
Additionally, there are already a lot of inherent factors present in the horoscope of Iran that indicate that Iran would have anyhow achieved the nuclear powers. As said earlier, there is a combination between Rahu – the Planet who denotes all matters related to Nuclear Energy and Saturn – the Planet who stands for fuel, oil and benefits through oil/crude oil and mines. Also, Mars – the Planet who stands for energy and strength is aspecting this 5th House, thereby further adding to the activity of the 5th House. Mars also happens to be the Lord of the Ascendant in the Natal Chart of Iran.

Other Current Transits in Iran’s favour
Ganesha observes that, currently, Mars, Sun and Mercury are transiting through the 3rd House (Sign of Gemini) of Iran’s Natal Chart. The 3rd House is the house of Strength, Energy, Fortitude and Might and the transit of such important Planets through this House justifies and explains the increase in Iran’s strength, as Mars is also aspecting the 10th House of Iran’s horoscope, wherein the same triumvirate of Natal Sun, Mercury and Mars is placed and he is also aspecting the 6th House (Success in complicated matters) and 9th House (the House of Fortune- which is occupied by Venus) is also . So Mars being the Ascendant Lord is empowering various areas of Iran’s Chart.
The role of Venus and the 7th House cannot be ignored, Says Ganesha
Another point that Ganesha notes is that, Jupiter and Mars, Sun and Mercury are all currently aspecting the Natal Venus and the 9th House. Venus happens to be the Lord of the 7th House in the Natal Chart of Iran and 7th House represents the matters that require cooperation and understanding to proceed towards achieving some particular goal, opposition, the act of accomplishing something great or small for the self, the partnership and even society as a whole, legalities, negotiations and agreements. So the positive influence on the Lord of the 7th House is also highly instrumental in Iran being able to successfully negotiate in this deal.

Rahu’s transit in the 6th House – providing Iran the edge!
Rahu is transiting in the 6th House, in the sign of Virgo in the Natal Chart of Iran. Rahu being a crude malefic, transiting through the crude 6th House of Competitions, Enemies, Conflicts, etc is a very positive transit, that is acting in the favour of Iran, as it has been able to get success in a matter which has been facing a lot of opposition from many countries from a long time.

The Normal and Conventional Observations:

Ganesha wishes good luck to Iran and hopes that it will be able to progress well in the years to come.

With Ganesha’s Grace,
Aaditya Sain and Rantidev A. Upadhyay
The GaneshaSpeaks Team