How Important Are Nakashatras In Hindu Astrology, Stars Outside Solar System? 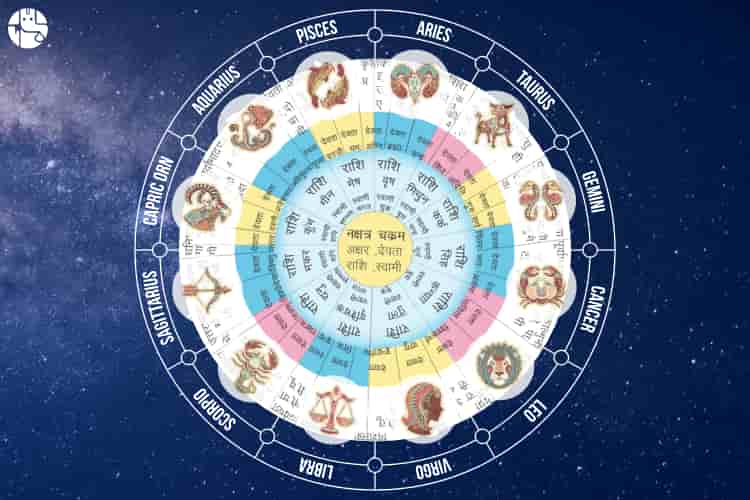 Astrology is chiefly about predicting human life & destiny and thereby bettering the living conditions of the people. In order to predict the future, this ancient science studies the writings on heaven. These writings are in the form of positions and combinations of various planets, stars & celestial bodies in the sky. As per our expert Astrologer, the movements of heavenly bodies are linked strongly to the lives of human beings on planet Earth.

Indian Astrology has mainly dealt with nine planets (Sun, Moon, Mercury, Venus, Mars, Jupiter, Saturn, Rahu & Ketu). But in recent times, if you talk to an Indian Astrologer, they include other outer planets like Uranus, Neptune and Pluto. An interesting topic is the importance of non-solar system heavenly bodies in Indian Astrology. Well, Indian Astrology believes in Nakshatras (constellations), which are stars outside the Solar System.

Read on to know about the importance of Nakshatras:

The nakshatras or lunar mansions are 27 equal divisions of the night sky used in Hindu astrology, each identified by its prominent star(s).

Historical (medieval) Hindu astrology enumerated either 27 or 28 nakṣatras. In modern astrology, there is a use of a rigid system of 27 nakṣatras. In naming a new-born baby, the nakṣatra in which it was born, is taken into consideration.

Following are the 27 Nakshatras as per the Indian Astrology:

Rohini
Symbol: A cart or chariot
Deities: Brahma Deva or Prajapati, the creator of the universe

Ardra or Aarudhra
Symbol: A Teardrop, a Diamond, or a Human head
Deities: Rudra, the God of destruction

Punarvasu
Symbol: A Bow and Quiver
Deities: Aditi, mother of the gods

Uttara Phalguni
Symbol: A bed or two rear legs of a cot
Deities: Aryaman, the god of patronage and favours

Uttara Bhadrapada
Symbol: Twins, back legs of funeral cot, snake in the water
Deities: Ahir Budhyana, serpent or dragon of the deep

Get a chance to avail your free astrology reports now!