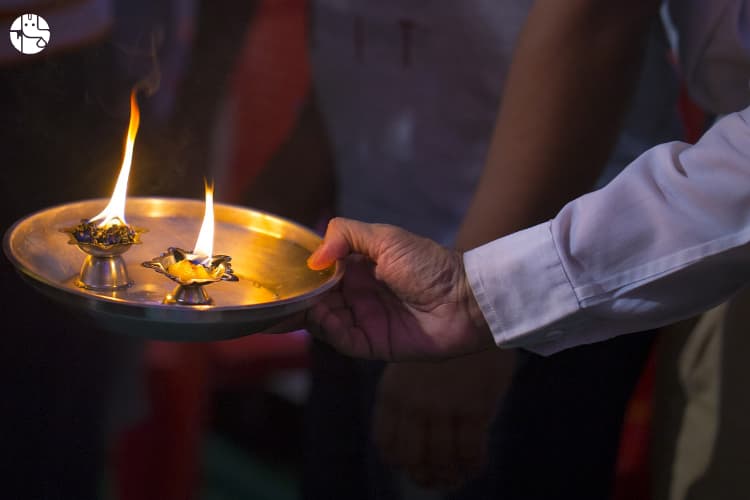 Hinduism is being followed by almost fifteen to sixteen percent of the total population in the world which accounts for about 1.5 Billion people. But, what was before Hinduism? Is Hinduism even a religion or a cultural identity associated with the land of Hind? Is idol worship prevalent in Hindu culture and was that the case during the Vedic period as well? Let us look at what can be the probable cases!

It is believed that there was a religion before the advent of the prevailing form of Hinduism, called Brahmanism which followed Vedic scriptures. The people from this era were more inclined towards believing that there is just one god and that there is no one else to worship but him. Furthermore, they believed in experiencing the Brahman (God) within and worked on themselves to attain Moksha or Liberation which was their ultimate goal. Thus, idol-worshipping was non-existent at that point in time and this is also evident from the various scriptures in Vedas which mention several times, that there is only one God and that he does not have a form. Below are a few references from the Vedic scriptures that talk about the same:

“Ekam evadvitiyam “ “He is One only without a second.” (Chandogya Upanishad 6: 2: 1)
“Nacasya Kascij janita na cadhipah” “Of Him there are neither Parents nor Lord.” (Shwetashavatara Upanishad 6: 9)
“Na tasya Pratima asti” “There is no image of Him.” (Shwetashavatara Upanishad 4: 19 / Yajurveda 32 : 3)
“Ekam Brahm, dvitiya naste neh na naste kinchan” “There is only one God, not the second; not at all, not at all, not in the least bit.” (Vedas)
“Andhatama pravishanti ye asambhuti mupaste” “They enter darkness, those who worship the natural elements” (Air, Water, Fire, etc.). They sink deeper in darkness, those who worship sambhuti” (Yajurveda 40: 9)
“Na samdrse tisthati rupam asya, na caksusa pasyati kas canainam.” “His form is not to be seen; no one sees Him with the eye.”
“shudhama poapvidham” “He is Bodyless and pure.” (Yajurveda 40: 8)

Some other shlokas that put emphasis on the same are:
“The formless Supreme Spirit that pervades the Universe can have no material representation, likeness or Image.” (Yajurveda 32 : 3)
“God Supreme or Supreme Spirit has no ‘Pratima’ (idol) or material shape. He cannot be seen directly by anyone. He pervades all beings and all directions.” (Yajurveda: Chapter 32)

Therefore, it is very likely that there could have been a time where idol worship was prohibited and working on oneself to realize the ultimate truth was the process that was undertaken. This is very opposite to what we follow in Hinduism today where there are millions of gods and idols to worship, each god signifying certain characteristics. There seems to be a big debate as to what Hinduism is, because the religion may have been twisted and turned in many ways over the years, especially after the onset of idol worship in Buddhism and Jainism. This means that idol worship in Hinduism may not have been supported during the Vedic period and the origin of idol worship may have entered in the later part of the culture.

Why do Hindus Worship Idols?

If idol worship was not a religious practice, how did it come into existence today? The modern Hinduism as we know may have been a mixture of various traditions, beliefs, and cultures, due to the synthesis and intermingling of the Indo-Aryans and Dravidians. It is believed by experts, that Aryans were not idol worshippers but Dravidians were. This may have brought about a vast change in religious behavior during the period between 800 BCE and 200 BCE which initiated post-Vedic religions. This also includes Jainism as well as Buddhism which also evolved with time as various statues and idols of Buddha and Mahavira came into existence.

In spite of this, idol worship today is still practiced to a great extent and it also plays a major role in performing varied rituals and in offering prayers. Humans may find it difficult (especially the ones who follow polytheistic religion like Hinduism) to remember god in its non-physical form, which is why the significance of worshipping idols could have been a way to concentrate and connect with God more closely, using the physical form to connect with the divine. Furthermore, there is also a scientific reason behind idol worship, building statues, and temples in the Hindu culture. An idol is energized in a certain way so that it emits vibrations that can influence people around in a temple. This process of energizing an idol and giving it life is called “Prana Prathista” or consecration of an idol, which in turn gives a positive vibe and aura surrounding it. Similarly, a temple is a place where an energized God resides, which is why it is considered to be a place where one can sit and be peaceful. Do you want to know how if your life will be peaceful or not in the coming year? Avail our 2020 detailed report and know more!

Thus, Idol worshipping flourished post the Vedic culture and incorporated in what is known as the Hindu traditions. The human mind finds it difficult to unite with the divine which is why he had to build temples, mosques, churches, statues, idols, etc to establish a bond with the god. Some believe in just one whereas some believe in many! Therefore, idol worship initially may not have been practiced but with the influence of other religions, it eventually became a part of the culture now!