Planetary forces behind the terrible Heat Wave in India? 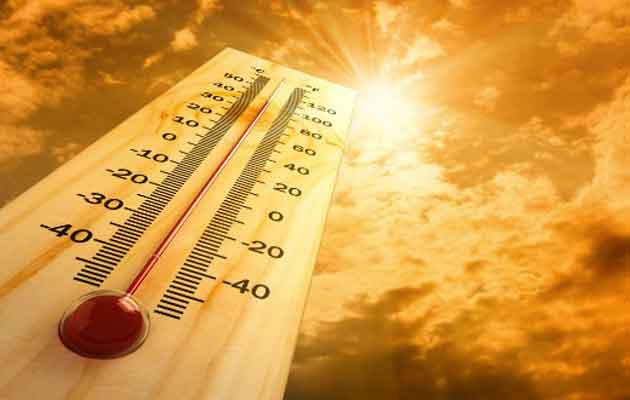 The heat wave all across India continues unabated with mercury levels touching new heights every day and the death toll, owing to the killer temperatures and blazing heat, rising continuously. The summers are always unbearably hot in India, and the extreme tropical weather in many parts of the country only makes the matters worse.

However, this year, things have been pretty terrible, as for days the temperatures have remained on the higher side of 40s (Celsius), with no respite, in terms of cooler nights, rain showers or breeze, in almost all parts of India. In the Southern parts of India, including Telangana, Andhra Pradesh more than 200 deaths have been reported, while the Western states of Gujarat and Rajasthan continue to grapple with a rather grim situation. Even the, otherwise, relatively cooler parts of India, including the great hill stations of Northern India and the Indian capital Delhi have been terribly affected.

The unrelenting heat wave in India, as of now, has claimed over 1100 lives across the country. This comes across as a very scary and deadly piece of information; so many deaths just because of the heat wave! Does this rattle you and make you wonder what may be responsible for such soaring temperatures in India and disastrous effects of the heat? As the Sun continues to spew searing, scorching heat, Ganesha takes a look at the planetary picture to analyse why such a challenging weather situation has been caused. Read ahead.

Astrological Analysis
Generally, in Astrology, heat, fire, summers and high temperatures are indicated by the fiery planets – Sun and Mars. We can analyse and pre-empt the probable weather patterns in summers by the placements of these two planets and the kind of aspects that they receive from other planets in their transits during the summer months between April to June. Almost every year, during the summer time, these two planets form a conjunction, as Mars is not too far from from Sun in terms of astronomical distance, so this may result in the soaring temperatures. But, not always have we seen so many deaths or challenges, due to the heat wave. So, why now?

Now, Mars has been in Taurus from May 4, 2015 while Sun entered Taurus on May 15, 2015. So, if you note the temperatures have started rising to dangerous proportions, after the 15th of May this year.

To add to this, both these fiery planets are receiving an inimical and adverse aspect from Saturn from the opposite house of Scorpio. Due to this, a complicated situation gets created. Additionally, Sun and Mars are in their enemy Venus’ house, i.e. Taurus and Saturn also is in his adversary Mars’ house, i.e. Scorpio.

So, this creates a situation of planetary discomfort and hostility, which may be the reason that is making the matters even worse. Even Mercury, which is considered an airy planet is presently posited in the Zodiac Sign Taurus—and it is traversing in a retrograde mode (hence weakened). Due to this, the air will also tend to be hotter than normal, and people may have to face problems because of the immensely hot air also. Add to this the fact that there has been rampant urbanisation in most Indian cities and environmental pollution and degradation too have seen a steep rise. Thus, we are experiencing one of the hottest summers in decades now.

Ganesha says that, normally, it is not always that only due to the Sun-Mars combination, temperatures rise and cause so many deaths. Getting into the deeper aspects, as regards so many deaths, Ganesha observes that as Saturn is the natural significator of death and as per the Kaal-purush Kundli, the eighth house of Scorpio represents death.

On the contrary, the Sun is the karaka or significator of the soul or aatma. So a death inflicting planet in the house of death forming an adverse aspect with the Sun- the planet of soul and life is resulting into an unfavourable situation for the masses in general. In short, it is the planetary disharmony between Sun-Mars and Saturn which is causing such a terribly disastrous climatic situation and the resultant deaths. Due to such a planetary dispensation, we are experiencing probably the hottest summer in the recent years.

This sort of a weather pattern may continue further till the 15th of June, 2015, after which Sun will move to the Zodiac Sign Gemini and this planetary hostility between Sun-Mars and Saturn will come to an end. Temperatures may start cooling down from then onwards.

Ganesha wishes well for everyone and hopes that the situation comes under control at the earliest, and no more further lives are lost.