Know What The Indian Tradition Says About The Ghosts & Spirits - GaneshaSpeaks
https://www.ganeshaspeaks.com

Know What The Indian Tradition Says About The Ghosts & Spirits 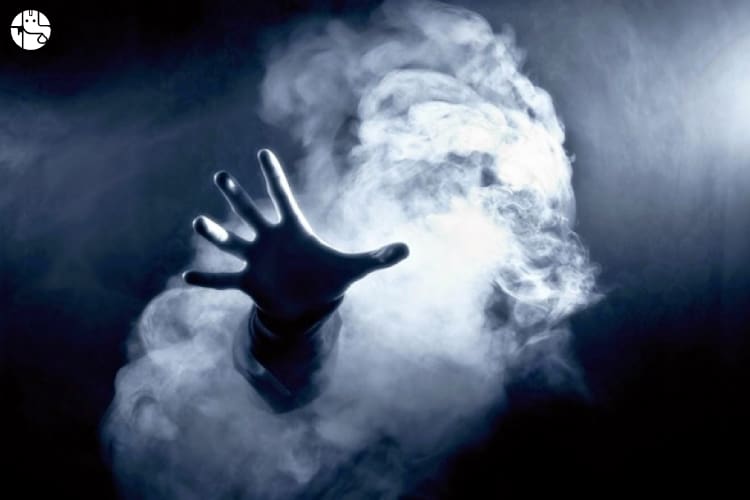 Since time immemorial, humans have forayed into the world of paranormal. It may have come up as early people wanted better control over their lives & surroundings and delving into something beyond the natural & normal helped provide the much-needed support. Besides, the eeriness of things which lie beyond the senses has always energised and excited human mind and imagination. Well, among the various beliefs in the paranormal, the belief in ghosts and evil spirits forms a very important and controversial segment. In recent times, many scientifically thinking individuals have denied and denounced the existence of ghosts and evil spirits. However, most religious & philosophical traditions hold that ghosts and spirits are real, who are residing in a different world & they situationally influence the lives of human beings.

As per several religious traditions, the belief in ghosts and spirits is an extension of the belief in the incorporeal essence possessed by a living entity (called Soul, Spirit or Atma). They opine that belief in spirituality is incomplete without believing in heaven & hell and the world of spirits.

The Acknowledgement In Bhagavad Gita

Spirituality Can See Beyond The Apparent Reality

Hindu traditionalists feel that science cannot see things which are not perceived by senses, and in reality, there is much more to existence than what the eyes can see and the ears can hear. Bhagavad Gita mentions ghosts as a specific species of beings that live in a subtler dimension but have a certain amount of power to manipulate subtle matter and even in some cases gross matter. Many so-called tantrics who claim they are worshipping God actually worship such ghosts. Also, in general people who worship their departed relatives and friends could be worshipping ghosts (albeit maybe benevolent) if those departed near and dear had not attained the level of atman/Brahman realisation. Do you want better control over your life? Buy the 2019 Highlights Report.

In general, ghosts are degraded and unevolved people who are stuck in the subtle dimension, in a subtle body made of mind, intelligence and ego, and in general, they are quite frustrated and dangerous to deal with because their subtle body does not have gross senses that can enjoy gross matter. Therefore they can only interact with gross matter through possession of the gross body of another being, who has a weaker mind that can be controlled by a subtle parasite.

As per some spiritualists, popular fantasy & folklore, supported by several products of the entertainment industry, have confused the issue, and it would be useful to actually know what is meant by a ghost. Ghost is supposed to be just another species who reside in the spiritual world. But, these days ghosts are dreaded & feared (especially in horror movies) and attributed a role which in reality is not so detrimental and large.

The Various Types Of Paranormal Spirits

The tradition in India and her neighbouring countries lists the following types of the paranormal species:

A bhoot or bhut (Ghost) is a supernatural creature, usually the ghost of a deceased person, in the popular culture, literature and some ancient texts of the Indian subcontinent. Interpretations of how bhoots come into existence vary by region and community, but they are usually considered to be perturbed and restless due to some factor that prevents them from moving on (to transmigration, non-being, nirvana, or heaven or hell, depending on the tradition). This could be a violent death, unsettled matters in their lives, or simply the failure of their survivors to perform proper funerals.

Preta also known as hungry ghost, is the Sanskrit name for a type of supernatural being described in Hinduism, Buddhism, Taoism, and Chinese and Vietnamese folk religion as undergoing suffering greater than that of humans, particularly an extreme level of hunger and thirst. Pretas are believed to have been false, corrupted, compulsive, deceitful, jealous or greedy people in a previous life. As a result of their karma, they are afflicted with an insatiable hunger for a particular substance or object.

Pishacha is a flesh-eating demon in Hindu theology. Theology describes them as the sons of either Krodha (figuratively “Anger”) or as Dakṣa’s daughter Piśāca. They have been described to bulging veins and protruding, red eyes. They are believed to have their own languages, known as Paiśāci. Piśācas like darkness and traditionally are depicted as haunting cremation grounds along with other monsters like bhutas and vetālas. Piśācas have the power to assume different forms at will, and may also become invisible. They feed on human energies.

A vetala is a revenant in Hindu mythology, usually defined as an evil spirit that has taken possession of a corpse at charnel grounds. The vetala is comparable to the zombies of Western mythology, the reanimated corpse can be used as a vehicle for movement, as the corpse no longer decays while it is inhabited by the spirit; the vetala may also leave the dead body at will.

The Chudail, also spelt as Chuiaels, Cijurreyls, Churreyl, Chudail, Chudel, Chuṛail, Cuḍail or Cuḍel is a female demon in South-East Asia, and well known in India, Bangladesh and Pakistan. She is typically described as “the ghost of an unpurified mother”, but because she is often described as living in trees, she is also called a tree-spirit. According to some legends, a woman who dies during childbirth or pregnancy or due to suffering at the hands of her in-laws will come back as a Churel to seek revenge, particularly targeting the males in her family.