Meaning And Benefits Of Wearing Emerald (Panna) In Astrology 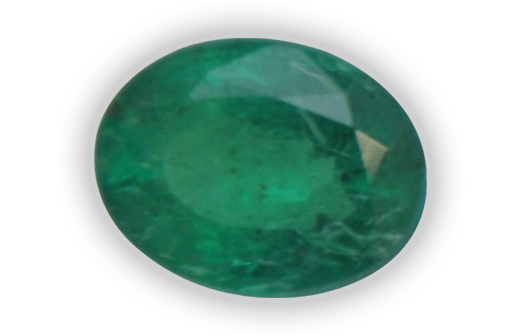 Formation – Formed in granites, pegmatites and schists as well as alluvial deposits.

Emerald is a brilliant green coloured stone. It’s lovely colour is due to the presence of trace amounts of chromium and sometimes vanadium in it. In fact, it is the only gemstone to have a colour named after it- ’emerald green’. This gemstone is a variety of the mineral beryl. The word emerald is derived from the Greek word ‘smaragdos’ via the Old French ‘esmeralde’ meaning ‘green gemstone’. This fascinating gemstone tends to have some of the most intense and lively green colours that can ever be imagined. These green coloured gems have mesmerized us since ancient times and many fantastic stories have cropped up around them. The ancient Inca and Aztec people of South America considered them to be holy gemstones. Incidentally, South America, particularly Colombia, is the world’s largest producer of these captivating green gems, constituting 50-95% of the total world production. Emerald is regarded as the traditional birthstone for May, and associated with the Zodiac Signs of Taurus, Gemini and sometimes Cancer.

Is Emerald your Birth Stone? Are you fascinated by a green gleaming Emerald? You can buy one an authentic, tested, high quality Emerald here.

The holy scriptures Vedas refer to them as bringing good luck and enhancing the well-being of the wearers. Hence, it was no surprise that the treasure chests of royal Indian families were filled up wonderful emeralds of various kinds. ‘Mogul Emerald’ is one of the largest of its kind. It dates from the year 1695, weighs 217.80 carats and is nearly 10 cm tall. Prayer texts are inscribed on one of its sides and on its other side are engraved floral ornaments. This famous gem was auctioned by Christie’s of London for a whopping 2.2 million dollars in 2001. Also, famous is the cup made of pure emerald, which belonged to Mogul Emperor Jehangir, is displayed in the New York Museum of Natural History. This magnificent gemstone has also registered its presence in the collections of Bank of Bogota, Iranian National Treasury and Turkish royalty, thus making its mark the world over.

Sources – The finest emeralds are found in the mines of Chivor and Muzo in Columbia. Other sources are Austria, India, Australia, Brazil, South Africa, Egypt, The U.S.A, Norway, Pakistan and Zimbabwe.

Ancient emeralds were mined from Egypt, Austria and from the present day Afghanistan. When the Spaniards arrived in the South American continent, they were stunned to see emeralds finer and larger than they had ever seen before. They spent years in searching for the source of these fantastic green gems, favoured by the Incas. Finally, the Spaniards found the source in the present day Columbia, in the region of Chivor, also known as Somondoco, meaning ‘God of the green gems’. Since emeralds are highly included, meaning that there are other materials trapped in this gemstone, they are highly delicate. Due to this, they have very little resistance to breakage. This poses a great challenge to the gem cutters, as many fissures in this gemstone makes cutting, setting and cleaning a difficult process.

The green colour of this gemstone is associated with the colour of life and springtime, which regenerates itself time and time again. In ancient Rome, green was the colour of Venus, the goddess of love and beauty. Even today, green colour holds a special place in the hearts of many. Green is a sacred colour of Islam, and many states of the Arab League have green in their flags as a symbol of unity of faith. Green is considered as a holy colour in the Catholic Church too, thus emeralds hold a special attraction for one and all.

Unsure about this stone being your lucky stone? Find out by getting a Remedial Solutions in Personal Life Report – a 100% personalised, Astrologer-generated Report OR you may also Speak to An Astrologer to find out.

Fancy Fact – Cleopatra, the queen of Egypt was an avid emerald collector which dates back to 2000BC. Remains of “Cleopatra’s Mines” were discovered about 1817, they are situated on the Red Sea coast.